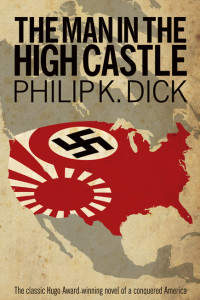 With shows like Agents of S.H.I.E.L.D., The Walking Dead and Game of Thrones, fans have a lot to be happy about with the modern age of genre television. If you are like me, however, you like a little history on the boob tube. Don’t fret, 2013 has seen a lot of announcements of upcoming projects, some that may even air before the year is up. Here are some upcoming shows alternate historians can look forward to:

The Man in the High Castle: Philip K. Dick’s classic work of alternate history is coming to the SyFy channel as a mini-series. Produced by Ridley Scott (who directed Blade Runner which was based off another Dick novel), the show will be set in the 1960s in a world where the United States is divided between Nazi Germany and Japan. Since the original announcement last February, there has been a lack of news about this projects with one alternate historian expressing concern about how true to the novel SyFy will be (remember Riverworld). We will probably have to wait until 2014 before we get a definite start date.

Jonathan Strange & Mr Norrell: Another novel adaptation, this book by Susanna Clarke tells the tale of two rival magicians in England during the Napoleonic Wars. BBC is spearheading the effort to create this new drama series, which they announced in April, with plans for the premier next year. Although seven episodes are planned, very little has come out about this project, despite the fact that pre-production was supposed to begin last April. I guess we will just have to wait and see, but there has already been some speculation even before the announcement about who should be cast if the novel was ever adapted.

11/22/63: Another novel adaptation? Yep, this one by Stephen King is about a teacher who travels back in time to prevent Kennedy’s assassination. JJ Abrams has his name attached to this project, although how he will have the time with the new Star Wars coming up is anybody’s guess. Now for those who haven’t read the book, the alternate history only comes into play at the very end of the book, but the social commentary could make this a good drama as our time traveler experiences the good (a more trusting, helpful society) and the bad (overt racial discrimination) elements of 50s-60s American society. Sadly, I have to report again there has not been more info since the original announcement. Perhaps JJ really has bitten off more than he can chew… 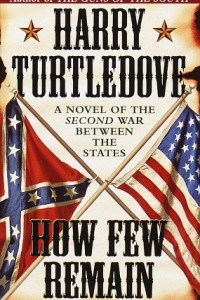 How Few Remain: Harry Turtledove’s epic series about an independent Confederacy and its effect on history is one of foundation works of the alternate history genre. Now this series, which begins with How Few Remain, might actually get some air time. Andrew Wyly Film Company announced in July they had acquired the rights to the series and planned a 10-episode mini series based on the first book. Wyly’s proposal, however, is sort of a long shot. Besides a new look to their website, no announcements regrading partners or funding have been made. The next two shows on our list, however, have a better shot at getting air time.

The Thirteen: ABC announced just last month that they are producing a new drama about a world where the Americans lost the American Revolution. I have mixed feelings about this project. Although it is an original idea instead of an adaptation, it is also dangerously close to being Mel Gibson’s The Patriot set in the present day. The horror, the horror. Still, the mainstream attention can’t hurt the genre, but it is unlikely we will see anything of it this year, which can’t be said about the final entry on this list.

What If…? Armageddon 1962: A documentary about what would happen if LBJ was president during the Cuban Missile Crisis? Actual historians and science fiction writers providing commentary? Stock footage?!?! Okay, I realize I shouldn’t be geeking out about a documentary on the Military Channel (which my cable provider doesn’t even offer), but still, for a history nerd like me this is awesome. Come on, it has to be better than ancient aliens and biblical prophecies that infest the History Channel. More importantly this program will air on October 22. Who knows? If it is good we might even see more.

Getting the Most Out of a Convention

This week, Steve looks at the popular book series The Destroyer and their Film and TV counterparts. (Caution: this series is more violent than Game of Thrones!)

The Transhuman Revolution: What it is and How to Prepare for its Arrival

Ice Worms, Snow Monkeys, and Ice Rats. Oh My! Or: a Couple of Fannish Hoaxes