Profiles of women science fiction authors – including the mother of it all, Mary Shelley. 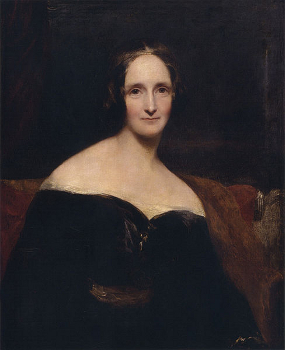 Mary Shelley is widely considered to have written the first science fiction novel, Frankenstein; or, the Modern Prometheus. She began the story while travelling near Lake Geneva in Switzerland with her future husband, Percy Shelley; Lord Byron; and John Polidori, who is considered the creator of the vampire genre with his story, The Vampyre (1819), written 78 years before Dracula. To help while away the time during their rainy stay, the group decided to hold a contest to see who could write the best ghost story. After weeks of consideration, Shelley had a dream about a scientist who reanimated dead body parts. It was from this dream that she wrote her famous book. 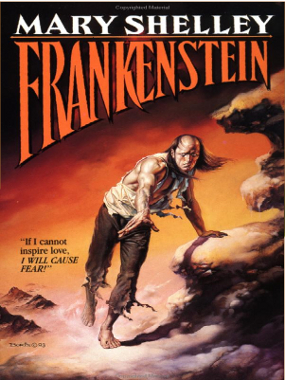 The subject of reanimating dead bodies through the use of electricity was not a new one. Italian scientist Luigi Galvani had discovered, through his experiments with animal dissection in the late 1700s, that electricity could animate a frog’s legs. And Giovanni Aldini, Galvani’s nephew, conducted a series of public experimentations of the electrostimulation of deceased body parts throughout London in the early 1800s.

Shelley also wrote The Last Man, an apocalyptic science fiction novel, in 1826. The book portrays the effects of a plague that decimates the world’s population. At the end of the book, one man is left alive, in the year 2100. 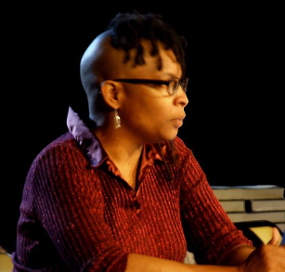 Brown Girl in the Ring, Midnight Robber, The Salt Roads, and The New Moon’s Arms are just a few of the published works of Nalo Hopkinson. Born in Jamaica, Nalo often incorporates Caribbean history and language into her stories. Unfortunately, she has encountered criticism for her use of vernacular. Said Hopkinson, “In the West, it’s still considered largely bad English or a sign that your characters are uneducated or morally bankrupt.” She also notes, however, that those in the science fiction community viewed her voice as authentic.

A recipient of the John W. Campbell Award for Best New Writer, Hopkinson has gone onto receive numerous other awards, such as the Locus Award for Best New Writer, the World Fantasy Award for Skin Folk, the Gaylactic Spectrum Award for The Salt Roads, and the Prix Aurora Award and Sunburst Award for Canadian Literature of the Fantastic for The New Moon’s Arms. An alumni of Seton Hill University’s Writing Popular Fiction program, Hopkinson is a founding member of the Carl Brandon Society and currently teaches creative writing at the University of California Riverside. 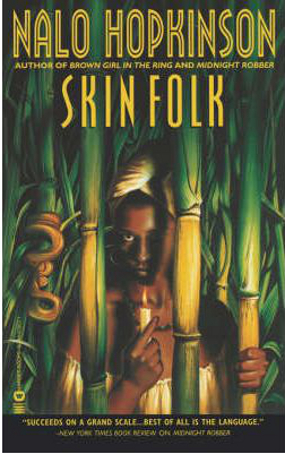 SFF stories often incorporate the concept of alienation, which carries with it contexts of powerlessness and social isolation. Hopkinson says that while growing up, she challenged the norms of getting married, having children, and keeping a neat house. “There is always very much that sense of being part of but not quite fitting in. And I think that’s the root story in a whole lot of science fiction,” Hopkinson says. 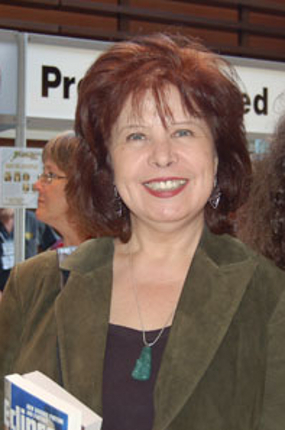 Not esteeming herself as a quilter or embroiderer, Nancy Kress fell into writing to keep herself occupied while raising her small children in a country area. She wrote her first story while pregnant with her son, Brian. The story, “The Earth Dwellers,” was published by GALAXY in 1976. Unfortunately, unbeknownst to her, the magazine was going out of business and she had to hound the publisher in order to get her first royalty check. While raising her children, she wrote fiction intermittently and earned two master’s degrees in education and English. She made the leap in 1990 to a full-time science fiction writer, and wrote the novella version of Beggars in Spain, which went onto win both the Hugo and Nebula awards.

Kress described her writing process and how she became a science fiction writer at The Utopiales, The Nantes International Science Fiction Festival in France, last year. Said Kress, “I know writers who seem to have a firm control of their creative process. … I can’t do that. I always feel lucky to have one idea and it kind of shapes itself in my mind and I don’t feel that I have the level of control, so when those early stories came up science fiction, and they always have, science fiction is what I wrote.” 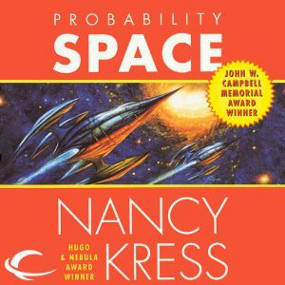 A teacher, Kress has taught Clarion writing workshops and at The Writers Center in Maryland. Her works have garnered four Nebula Awards, two Hugo Awards, a Theodore Sturgeon Memorial Award, and a John W. Campbell Memorial Award. And her fiction has been translated into Swedish, French, Italian, German, Spanish, Polish, Croatian, Lithuanian, Romanian, Japanese, and Russian, and Klingon. She has also written nonfiction on the craft of writing.

I had the honor of attending one of Ms. Kress’ workshops at Seton Hill University, where she taught on world building. The piece of advice that I remember most was, “Follow the money,” which meant that writers should always define the economic structure of their worlds. As a double major in finance and economics in college, I felt an instant kinship.

(Editor’s Note:  K. Ceres Wright is being modest by not mentioning that she too is a “Woman in SF”, recently releasing her novel COG, which you can learn more about in this interview on SF Signal and a recent appearance on StarShipSofa.)

The Dancers at the Edge of Chaos (Part 1)

James Weber can’t stop thinking about HER. Who says the singularity can’t be beautiful?

Frenetic Fannish Falderol from the pages of Entropy Blue. Due obeisance is paid to Ghu.

Recap: “Creatures of the Night,” The Strain, Season 1, Episode 8