Two different authors of military SF, each offering unique expressions of the form.

This week, I will feature military science fiction writers, Mike McPhail and Alan Smale. They may have different backgrounds, and may have come to military SF in different ways, but both imbue the field with their unique flavor. Read on:

Mike McPhail is an author who’s capitalized on both books and gaming. He has written a military science fiction series called Defending the Future, which takes place in his science fiction universe, the Alliance Archives (All’Arc). The All’Arc also serves as the backdrop of his gaming universe, which was “designed for players and game masters who are tired of the fantasy of fight, and wish to experience the hard truth of personal combat and warfare.”

A veteran of the Air National Guard and son of an Army Air Corpsman, McPhail is steeped in the tradition of the military. He is also a member of the Military Writers Society of America and attended the Academy of Aeronautics in New York.

On how he began writing, McPhail said, “It was an accident. My wife had long been after me to let her write a story set within my gaming universe, but I was worried that she didn’t have enough experience playing the game to get the finer points right. So I wrote a back story, which was heavily laden with techno-babble, terminology, and in-game historical reference, in order to help her along. Well she read it and said, ‘I don’t need to write the story, you can do it yourself.’ and thus I was proclaimed to be a writer.” 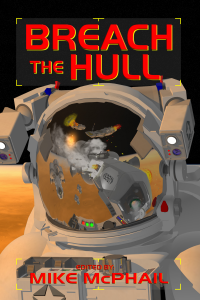 McPhail’s books include the anthologies, Breach the Hull, No Man’s Land, and Dogs of War, and feature distinguished military science fiction writers such as Bud Sparhawk and David Sherman, as well as a story or two by Seton Hill University’s Maria V. Snyder. 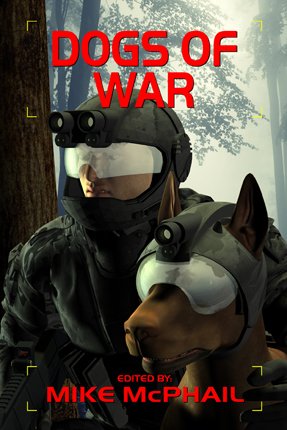 When asked about self-publishing, McPhail said, “Generally I would not advise self-publishing if you’re looking to become a “mainstream” author. Writing the story is only part of the process. There are a lot of different skills needed to produce a professional-looking book, everything from editing and layout, to cover art and back cover copy, and yes, you will be judged by the cover of your book. My wife and I have been out on the frontline as authors, books sellers, and promoters for over a decade now. In our case, we had the advantage having worked in the printing / publishing industry.”

Dr. Alan Smale has been writing since the tender age of 12 and now has more than 30 published short stories. He recently signed a three-book deal with Del Ray, which will feature his novel, Clash of Eagles, due out in mid-2014, and two subsequent novels in 2015 and 2016. His work has appeared in Asimov’s Science Fiction, Realms of Fantasy, and Abyss & Apex 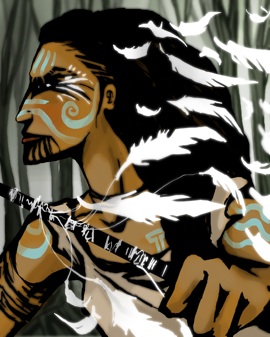 A native of Leeds, England, who gained his American citizenship in 2000, Smale works as Head of the High Energy Astrophysics Science Archive Research Center at NASA. He holds a doctorate in astrophysics from the University of Oxford.

Multitalented, Smale also sings with a vocal band, The Chromatics, and is the co-creator of the band’s AstroCappella project of astronomy songs. The band has sold more than 10,000 copies of their AstroCappella CD, which students use in classrooms across the United States. Here’s a link to “The Sun Song”: http://www.youtube.com/watch?v=a358QLi4Wgs. Smale also acts in community theater and has been in “The Foreigner,” “Lend Me A Tenor,” and “Deathtrap.”

Hunter x Hunter #80 – The Chimera Ant queen has just collected the brain of a man so misanthropic that he founded an entire country just to give him a base from which to make everyone else miserable. Chimera Ants are strong enough to be able to defeat a Nen user without knowing about Nen […]

Himmler’s War by Robert Conroy Writing alternate history (and period fiction) is a tricky task. There is always the temptation to bend details for the sake of a good story – and then there will be some humourless reader who will then write long posts on why it couldn’t happen the way you suggested. I […]

A Review of Writing Fantasy Heroes