Like Twilight and The Hunger Games, The Mortal Instruments offers something new and exciting for young adults…this series also brings more of an edge to modern fantasy 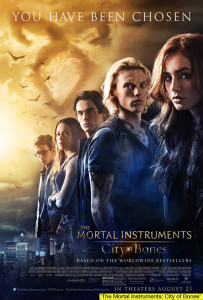 The Mortal Instruments: City of Bones is the first movie in a new series based on the bestselling books by Cassandra Clare. Like Twilight and The Hunger Games, The Mortal Instruments offers something new and exciting for young adults (and those of us who are not as young as we used to be), but this series also brings more of an edge to modern fantasy and really drives home the feeling of what it might be like if magic really existed in our world. The book series is fantastic, and is easily the most well-written and well-plotted of the series previously mentioned. The characters are all multi-dimensional and reveal as much frailty as strength, making them accessible in a very human way.

As for the movie, it delivered. The City of Bones was a fun, action packed film that did a great job of adapting a fairly complicated story about nephilim and the demons that they hunt into a cohesive film that sets up the greater conflict to come. In addition, Clary Fray’s (Lily Collins) story was well developed, building a potential romantic conflict with Jace (Jamie Campbell Bower) that will make your heart hurt and a confrontation with Valentine (Jonathan Rhys Meyers) that will make your heart ache. As a longtime fan of the book series, the movie did a great job of creating a film version of The City of Bones that “felt” like the world I had come to know and love, minus a slightly awkward kissing scene. But, hey!, when do teens not have slightly awkward kissing scenes? Overall, it was a great film. 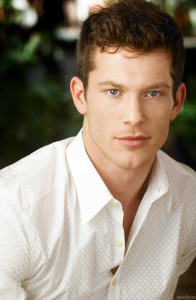 While I really enjoyed the book series and the new film, the real fun began when I interviewed Chad Connell who plays one of the demons in The City of Bones. Young, attractive, and witty. What’s not to like. It was a pleasure to interview him and to get an insider’s look at The City of Bones and what it was like to be a part of the massive YA craze that is The Mortal Instruments.

Erin Underwood for Amazing Stories Magazine (ASM): City of Bones is a young adult novel by Cassandra Clare, not to mention the first book in the New York Times bestselling series The Mortal Instruments. For the adults in our audience, can you give us a quick description of what City of Bones, the movie, is about?

Chad Connell (CC): City of Bones is about self-discovery. The story follows Clary Fray as she learns of her true identity as a Shadowhunter (someone who hunts demons). It starts with Clary witnessing a murder which no-one else sees, at a night-club. This event is the catalyst for the whole saga, because, as it turns out the victim is a demon (played by yours truly) and his murderers are fellow Shadow Hunters and among them her main love-interest “Jace Wayland”. While uncovering the truth of who she is, she also must protect one of the mortal instruments– The Mortal Cup– from the story’s primary villain “Valentine”.

ASM: What character do you play? Can share your vision of him and his role in the film?

CC: My character is the first demon the audience is introduced to. In the books I am referred to as “The Blue-haired Boy” or the “Blue-haired Demon”, but in the movie my character’s name is “Lambert- which is an homage to the man who helped inspire the whole look– Adam Lambert. I help Clary enter the night-club and we flirt while inside. Later she sees me murdered by several Shadow-hunters. What intrigues me most about this character is why the whole team sought him out in the first place. Demon-hunting is their way-of-life, so to seek him out in a crowded night-club, implies that he was of particular importance. There’s got to be a great story there. 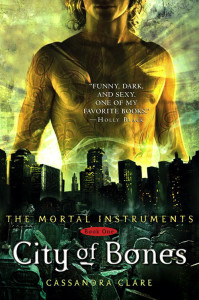 ASM: Were you familiar with the Mortal Instruments series prior to being cast in the film? What was your reaction to getting the audition for the part?

CC: I was somewhat familiar with the series. I actually had sent a few tapes for other roles in this film, months prior to auditioning for The Blue-haired Demon. I was thrilled to be part of such a big feature.

CC: I believe they had been auditioning for this role for a while before I got in the room. It’s a fairly dark, brooding character so I went in wearing a leather jacket, ripped clothes and sat in the waiting room clumsily applying eye-liner and black nail-polish. It was a pretty quick turn-around between the audition and shooting… I found out later that day, or the following day that I booked the part, then was on set experimenting with the wardrobe department and hair & makeup for the character’s look.

ASM: Did you do any special preparation for the role once you got it?

CC: Knowing that the books had such a dedicated following, I felt it essential that I read them for myself. I picked up a copy and tried to get a sense of who the character was. I would say the majority of the preparation involved though, was the physical transformation. There were hours of hair-colouring and each shoot-day started with a long make-up process. There were some re-shoots later on, and I had already dyed my hair back to it’s natural colour, then had to go back to blue; it made for some pretty interesting interactions in my everyday life. 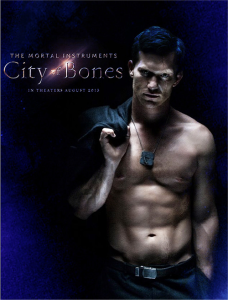 ASM: What did you enjoy most about playing the Blue-Haired Demon?

CC: The sense of appreciation The Blue-haired Demon has. Given that my character appears only in the beginning of the movie, it’s pretty spectacular to see the fan-base. I’ve discovered how strong the support is for this character and his significance to the fans of the books as the motivation for plot.

ASM: Young adult films are very popular right now. How does it feel to be a part of this film, which is based on a series that has such a strong fan following?

CC: This is my first role in a film based on a popular series of books like this. The energy the fans have is infectious and makes you feel like you’re a part of something big. I sat in the theatre on the opening night of the film, and was sitting next to a girl who could not contain herself. She was giddy during exciting parts and crying in the emotional parts. It’s overwhelming to see the affect it has on the true fans.

ASM: Did you face any special challenges with your role? What was it like on the set, having nephilim and demons everywhere? 🙂

CC: When you’re involved in the creation of a character that doesn’t have a huge amount of screen-time compared to the length of the film, there is a personal challenge in bringing on the importance that it deserves. Each moment is crucial, but it’s equally important not to overplay anything. The fight sequence was certainly a challenge also. Kevin had me in a choke-hold as Jemima had her lasso around my neck, all while Jamie was thrusting a blade into my stomach. It was fine for the first few takes, but by the tenth run through it, it got pretty tiring!

Being one of the Demons myself, I felt right at home. We had a large cast of background actors who were all dyed and pierced so I blended in easily. What was most remarkable was the number of fans hanging around the location trying to spot anyone with a rune on their body.

ASM: Do you have any “favorite moments” during the filming process?

CC: I think my favourite moment actually came after shooting, and getting to see the final product. Specifically the audience’s reacting when I appeared on screen and when I was killed.

EU: For those who haven’t yet discovered the “magic” of the Mortal Instruments, what do you think people will enjoy the most about this movie?

CC: What separates this franchise from others is that it has seriousness and depth but also moments of humour and levity. It knows when not to take itself overly seriously and can present the lighter side, even in a darker tumultuous tale. Not to mention there are some real gifted performances by a great cast. 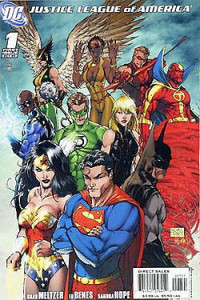 Best Team of Demon Hunters:
__Sam and Dean Winchester
__Clary and Jace
CC ANSWER: Despite the fact that they hunted me: Clary and Jace

Bonus Fill in the Blank Question:

ASM: Yep. We have to agree. The Blue-Haired Demon it is! Thanks again, Chad!

Video Game Review: TMNT – Out of the Shadows

K. Ceres Wright follows up her original interview with Jarvis Sheffield of the Black Science Fiction Society to discuss what more needs to be done in the service of diversity in genre.

I, Rocket by Ray Bradbury with an Introduction by JM Stine