What Would You Expect From Amazing Stories? Amazing News, That’s What!

Women Who Shaped Science Fiction (A list leaving a bit to be desired…)
The OSC Files:  You Won’t Want To, But You WILL Believe…
Female Super Hero Costumes Redesigned by Women
The Other Invisible Man Banned 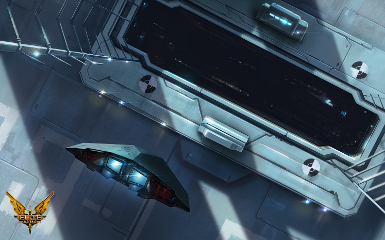 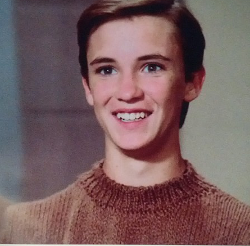 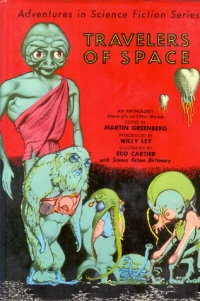 Habitable EXO-Planets Catalog (Can You Say LAND GRAB!?)
Astronomy Picture of the Day Annual Winner (Gallery)
Hrothgar’s Hall Unearthed.  Can Grendel’s Lair Be Far Behind?
Speaking of Exo-Real Estate:  Your House On Mars
Diary of a Space Zuchinni (Audio)

About Maleficium, the Sunburst jury said: Rumour and speculation have it that there is hidden, somewhere in the archives of the Archdiocese of Montreal, a book so dangerous that the Church denies its existence. A copy has been found amongst papers of the author’s family, however, and its interlocking stories—originally told under the seal of confession—are here presented. Gorgeous and multilayered, Maleficium is a complex, devious, and vivid novel, in which all the senses, and most of the deadly sins, are invoked to exquisite and diabolical effect. Situated where Maria Monk meets the Arabian Nights, it weaves together elements at a thousand knots per square inch, its darkness of frame and intricacy of structure combining to subvert the pattern by the final chapter.

About Seraphina, the Sunburst Jury said: In the kingdom of Goredd, humans and dragons have co-existed in an uneasy peace for four decades, but tensions still run high. The dragons are able to present themselves in human shape, which gives them some safety, but cannot protect them from all elements of a society which forever see them as the other. Into this world comes Seraphina, a young and gifted musician who joins the royal court as the anniversary of the peace treaty nears, and a member of the royal family is murdered, apparently by dragons. Seraphina finds herself drawn into the investigation, which puts her in danger from both sides, for reasons she dare not reveal. This is a grand and enchanting tale, as rich and intricate as a medieval tapestry, told beautifully. Hartman‘s wildly imaginative, well-drawn, and intricate world of dragons and men is definitely a world that bears watching, and Seraphina is a fine, fitting heroine, making her independent way while struggling with a legacy which can be both a blessing and a curse.

The other shortlisted works for the 2013 adult award were:

Over the Darkened Landscape by Derryl Murphy (Fairwood Press)

The other shortlisted works for the 2013 young adult award were:

Martine Desjardins lives in the Town of Mount Royal, Quebec. Rachel Hartman lives in Vancouver, BC.

The jurors for the 2013 award will be Camille Alexa, Paul Glennon, Bob Knowlton, Nicole Luiken, and Derek Newman-Stille.

The Sunburst Award for Excellence in Canadian Literature of the Fantastic is an annual award celebrating the best in Canadian fantastic literature published during the previous calendar year.

The winners receive a cash prize of $1,000 as well as a medallion which incorporates the Sunburst logo.

The Sunburst Award takes its name from the debut novel of the late Phyllis Gotlieb, one of the first published authors of contemporary Canadian speculative fiction.

For additional information about the Sunburst Award, the nominees and jurors, as well as previous awards, eligibility and the selection process, please visit the website at www.sunburstaward.org.

Wayne, NJ – The web television Starfall seeks to discover new frontiers in front as well as behind the camera when done with its last pre-production funding which is a public appeal to fans of space operas and science fiction through Kickstarter. Starfall is set to film in November and premiere in February 2014 and it is the first publically available television series to enter the space opera genre of science fiction inhabited by the Star Trek Franchise, Babylon 5, Firefly, Battlestar Galactica, and 2004 its reboot since the cancellation of Firefly and the Battlestar Galactica Miniseries: Blood and Chrome.

Unlike all of the other series mentioned above, its choice of medium (a web television format) is unique for a series that will boast network television style production values. It also features veteran actors like Andrew Jackson (Stargate SG-1, Earth: Final Conflict, and The Collector), Richard Leacock (Lake Placid, Earthstorm, Doc), alongside relative newcomer Valerie Mya (1000 Ways to Die, Patrick Carman’s Dark Eden) as the crew of the frigate Jen-Polos.

“Starfall is in many ways a classic space opera in the best sense of the word,” said producer and writer John Ellis, “However, it is also a human crew’s fight against oppression and discrimination in a galaxy dominated by aliens that consider humans to be barbaric and unstable second-class citizens. The most flattering description I heard of my own creation is that it is Babylon 5 meets Das Boot.”

The Starfall kickstarter, which is to only compliment the 75% of the funding that is in place, would help maintain the television level production values that would bring the show to life.

The kickstarter can be viewed here: http://www.kickstarter.com/projects/1032859371/starfall-an-original-network-quality-sci-fi-webser

Wayne, NJ – Feral Child Productions and StarFall the Television Series is pleased to announce its decision to retain Rabid Fanboy Promotions in order to market and promote StarFall, the science fiction opus that is the first original space opera in production to push for a web series with network style production values. John Ellis, the creator and lead writer for StarFall said, “It has been more than a couple of years since an actual science fiction space opera has been viewed by the public and Starfall is a space opera in the finest sense of the word.“

John Ellis continued, “Starfall is a web series that will sport production values not yet seen on a web series. I am looking forward to being able to bring Starfall to every person and household looking for quality Science fiction entertainment and Alexi Vandenberg and Rabid Fanboy can help do that.”

Rabid Fanboy, a marketing and promotions group dedicated to servicing “fandom” properties such as Role Playing Games, Comic Books, Artists, Television, Fantasy and Science Fiction novels, under the guidance of Alexi Vandenberg added, “Rabid Fanboy cannot wait to promote Starfall to the fandom community. Web Television programming is the wave of the future and like in so many things fandom is not afraid to tread new ground in the name of quality entertainment. John Ellis and his team have created a vibrant new world with action and drama as well as known science fiction actors like Andrew Jackson of Stargate SG-1 fame. “

Starfall the series is in pre-production with about 75% of its budget in hand with a Kickstarter campaign on-going to provide the rest. The Kickstarter can be viewed at: http://www.kickstarter.com/projects/1032859371/starfall-an-original-network-quality-sci-fi-webser

Scide Splitters: How to Live Safely in a Science Fictional Universe by Charles Yu

A creature resembling a cross between a moth, an owl and a devil fish stares into a transparent, ovoid object. Behind it is a landscape of red cliffs and weird buildings; other members of the creature’s race can be seen flying above a body of water. It was May 1926, and Amazing Stories – the […]

Anime never rests, so get ready for a new serving of shows coming soon!