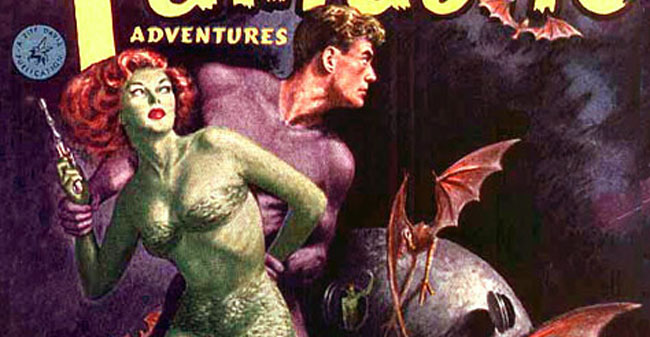 I consider myself pretty knowledgeable about old science fiction art, particularly pulp magazine art and artists. My knowledge is not so vast, however, that there aren’t still some surprises and new discoveries to be made. 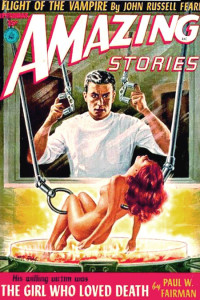 Recently I discovered one such artist: Walter Popp. His work is not unknown to me. I’d seen some of his images many times over, particularly his September 1952 cover for Amazing Stories illustrating Paul W. Fairman’s Novella The Girl Who Loved Death. That’s an image that I had seen many times but never knew who was responsible for.

Same with his cover for the June 1952 edition of Fantastic Adventures illustrating another story by Paul W. Fairman, The Woman in Skin 13. That’s another image that I’d seen and liked very much but never which artist had created it.

I began searching for images by him and many of them were familiar and some of my favourites. One image even came up in my google search that was from my own blog!

Popp was one of those quintessential pulp artists whose style was malleable enough to fit the type of magazine he was providing illustrations for whether it was a science fiction pulp, a “noir” style paperback or the Men’s magazines. His style never overwhelms the image but there is enough there to make me stop and want to examine the piece more closely. 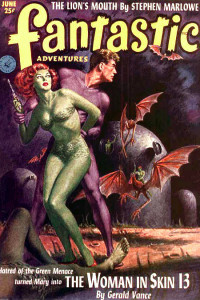 So, here he is, Walter Robert Popp:

Walter Robert Popp was born on May 19, 1920 in New York City. He graduated Hoboken High School in June of 1938. He then studied art at the New York Phoenix School of Design. By 1940 Walter Popp worked briefly as a commercial artist and sold freelance illustrations to pulp magazines. In 1946 he attended the Art Students League, where he met another art student, Marie Mulligan. They married in 1947.

In the 1950s he painted covers for paperback books, which were produced by such publishers as Ace Books, Flying Eagle Publications, and Popular Library. 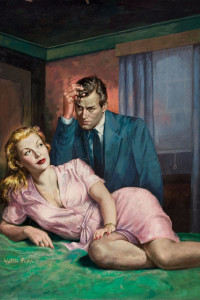 He also painted covers for large format true crime magazines such as Master Detective and True Detective, as well as the digest, Manhunt.

In the mid-1960s, when classic illustration art was out of fashion, he began to do package design for toy and sporting-goods manufacturers. He also worked on the art staff as a full time employee of a greeting card company.

In the 1980s and 1990s, he and his wife, Marie Popp, collaborated on book covers for a new line of gothic romance novels. They also produced several editions of limited prints of romantic fantasy scenes for fine art galleries. These projects brought him new acclaim in his twilight years. 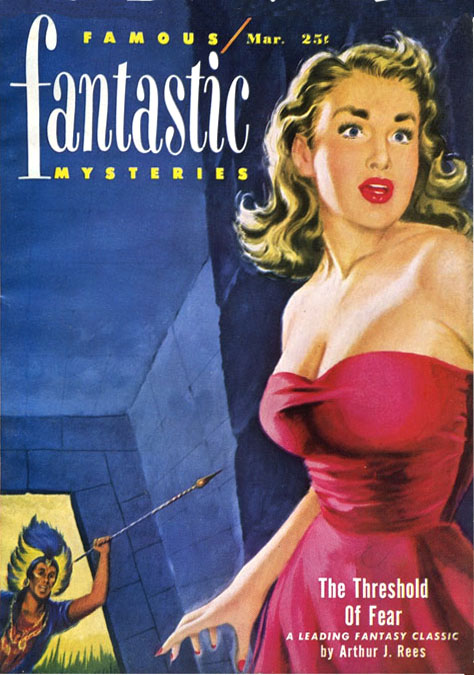 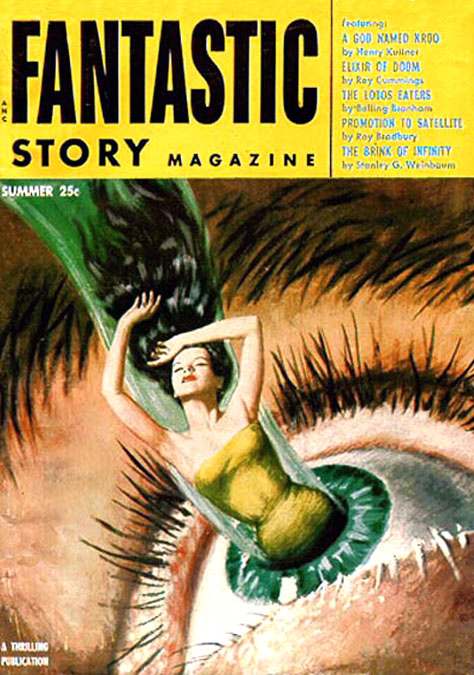 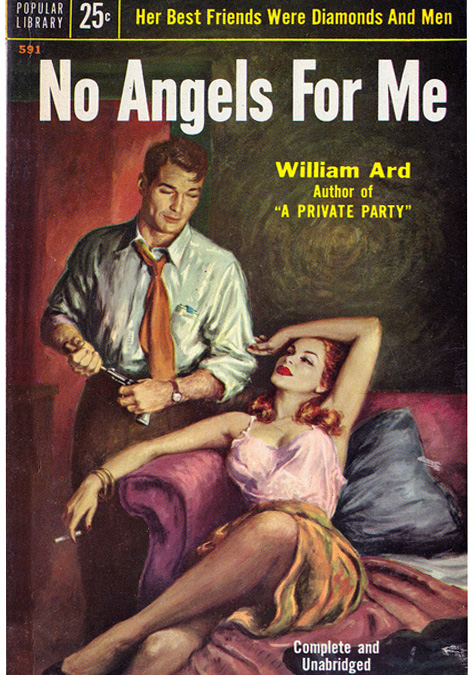