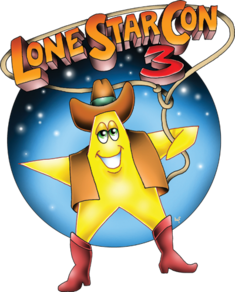 Rumors are circulating that a waterspeaker will be brought in to communicate with the headwaters of the San Antonio River. Originally named Yanaguana, or “refreshing waters,” by the Payaya Indians, the river was renamed by Spanish missionaries and explorers. Since they stumbled upon this lost treasure on June 13, 1691, the feast day of St. Anthony of Padua, they renamed the river and its banks “San Antonio” out of respect for the saint of finding things and lost people.

I wonder what stories the river will reveal once the waterspeaker unlocks its secrets. Will it whisper of the evolution from peaceful Indian community to capital of the province of Tejas? Has it tasted the blood of patriots like William B. Travis, James Bowie, and Davy Crockett who fell defending the Alamo? What will it say of Santa Anna and his troops?

In the more than three hundred years since Domingo Teran de los Rios renamed the river, those waters have witnessed powerful historic moments. This summer they will witness history of a different sort.

The WorldCon is not new to San Antonio. LoneStarCon 2 hosted the 55th WorldCon in 1997. Before that “The First Occasional Lone Star Science Fiction Convention & Chili Cook-off” was held in Austin, Texas, during 1985. LoneStarCon 1 was the 3rd North American Science Fiction Convention (NASFiC), which is an event held in some years when WorldCon is not in North America.

Pioneers Willie Siros and Robert Taylor led the efforts to bring the NASFiC to the Lone Star State. The city of Austin served host to such science fiction greats as Jack Vance, Richard Powers, Joanne Burger, and Chad Oliver.

A dozen years later, the Occasional Lone Star Science Fiction Convention was granted another occasion when LoneStarCon 2 hosted the 55th WorldCon. This time LoneStarCon had migrated south to the banks of the San Antonio River. On grounds that the Payaya Indians once inhabited, Algis Budrys, Michael Moorcock, Don Maitz, Roy Tackett, and Neal Barrett, Jr. collected with fans from every corner of the world.

Greats like Kim Stanley Robinson, George R. R. Martin, Bruce Sterling, Connie Willis, Gardner Dozois, Bob Eggleton, L. Sprague de Camp, David J. Eagle, and Michael Straczynski walked home with Hugo Awards. Fans and authors and editors and artists celebrated a weekend of science fiction beneath the shadow of the Alamo. And even though San Antonio is reputed to be one of the most haunted places in America, there were no confirmed ghost sightings.

If you look out the window of your airplane as it circles in for a landing, you might see a swirling wormhole around the River Walk area. A pulsating black circle that appears to be swallowing streams of light and matter could be sufficient excuse to notify your pilot of the possible hazard.

By Friday afternoon, the collected energy will have already tested the designated safeguards. If the streams of time have been shattered, perhaps we’ll find Payaya Indians mingling with Crockett, Bowie, and Bujold, while Santa Anna dances to filk music.

This will be my first World Science Fiction Convention. I know—I’m just a newbie. My biggest regret is that I will not be on time for the Robert E. Howard tour on Wednesday. As some of you may know, REH is one of my all time favorite authors. Fortunately for me there is so much more at the convention.

I am eager to attend the panel discussions to witness firsthand those wise statements that might someday make their way into the history books of science fiction. Did you know that many of those famous quotes from our favorite authors originated on WorldCon panels? Sturgeon’s Law, for instance, came from a lively discussion at the 1953 World Science Fiction Convention. With all the SFWA Grand Masters, Science Fiction Hall of Famers, and future legends walking around LoneStarCon 3, there are bound to be some can’t-miss quotes trending across the tongues of conventioneers.

Art Night and the Chesley Awards are can’t-miss events. At the Chesleys, the Association of Science Fiction and Fantasy Artists (ASFA) will be handing out the most handsome trophies you might ever see.

I’m hopeful of seeing my first apparition on the Ghost Walking Tour. If the musical styling of Bland Lemon Denton and the Lemon-Aides can’t inspire the spirits to dance from their graves, then someone might need to break the seals of banishment etched on their tombs.

This weekend you might find me strolling through the Dealer’s Room or the Art Show. You might see me chatting it up at the Fan Tables. Perhaps I’ll sneak into the Dr. Who 50th Anniversary exhibit to get a peek at what they say about my distant cousin Patrick Troughton. (We Troughtons all came from the same ancestor; don’t let anyone tell you otherwise.)

A wonderful article on Amazing Stories introduced me to cosplay for the first time earlier this year. (Yes, again, I’m a newbie.) The Masquerade Saturday night will be my first exposure to these competitive events. I can hardly wait to experience these costumed artists at work.

There is just so much to see and do at LoneStarCon 3. I wish I could replicate myself so I could take it all in. Of all the fun and excitement to be had, I think the Hugo Ceremony on Sunday night is what I look forward to the most. Come rain, sleet, snow, or meteor shower, history will be made in San Antonio when the Hugos are awarded. 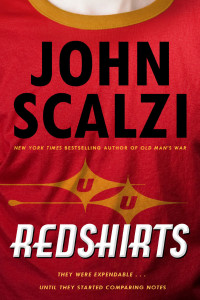 I want to know if Lois McMaster Bujold will make history with her fifth Best Novel award, or will Kim Stanley Robinson put another award on his shelf like he did the last time WorldCon visited San Antonio. Could a first-time author, like Saladin Ahmed, take home the Best Novel Hugo, or will it be John Scalzi or Mira Grant for their wonderful tales?

Did you know that Mira Grant is up for the Hugo in two categories—Best Novel and Best Novella, or that Seanan McGuire has two entries for Best Novelette? Not to be outdone, Aliette de Bodard is also up for two Hugos—Best Short Story and Best Novella. Steven Moffat is named on no less than three nominations for the Best Dramatic Presentation. Other industry luminaries are also set to walk home with an armful of trophies. The night promises to be truly epic.

(I’ve even heard rumors that Game of Thrones actor Rory McCann, who plays one of my favorite characters “The Hound”, might be in attendance. If I run into him, I’m not sure if I’ll be excited or terrified. He has truly brought Sandor Clegane to life.)

Recently I’ve had the great honor of interviewing some of the pillars in the science fiction industry. Many of them started as wide-eyed youngsters completely enthralled with science fiction. They showed up to their first WorldCon and made friends that would last a lifetime. Look behind you as you are standing in line; that shy and unassuming teenager might just be a future Grand Master. Perhaps they are the next bestseller or world famous artist. Maybe one day they will be returning home with a Hugo or a Chesley.

LoneStarCon 3 promises to be one of the truly landmark events in the history of science fiction. Something so magnificent owes a great debt to San Antonio Fandom, from its origins with people like Judith Ward, to those dedicated Texians like Fred Duarte, Randy Shepherd, Willie Siros, Bill Parker, Cathy Beckwith, Kimm Antell, Karen Meschke, Laura Domitz, Kurt Baty, and David Brummel who navigated the bid process and brought the World Science Fiction Convention back to Yanaguana. With more than 400 volunteers, the Alamo Literary Arts Maintenance Organization has made sure this year’s WorldCon will be forging legends.

It is my first World Science Fiction Convention, so I am both excited and nervous. Although Texas hospitality is legendary, I hope someone offers me bread and salt when I arrive. (Though I’m not sure even that will protect me should all the ghosts arise. You see what it did for Rob Stark.)

I remind myself that Saint Anthony is the patron saint of finding lost things and lost people. I recognize that we do not always know what is lost until it is found. As I stroll along the River Walk, I will be listening to the water whisper. I wonder what it will tell me. I wonder what I will find deep in the heart of Texas.

Author’s Note: Special thanks to Karen Meschke and Laurie Mann for their invaluable insight.