The Conjuring may be the single most frightening movie I’ve ever seen. It’s the perfect balance between Classicism and Modernism. 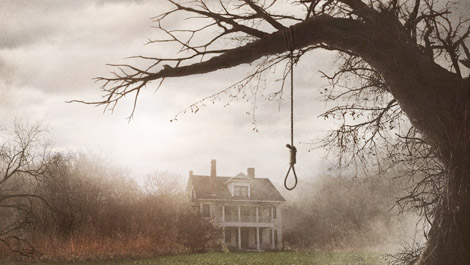 As I mentioned last time, it seems that we are living in a Renaissance for the Horror Industry. For the better part of a decade, ‘new’ meant ‘immediately discarded’, when I went to the video store. It seemed like everything being made was straight-to-DVD serial killer biopics and bad Saw knock-offs. I’m not much for torture porn, and there seemed to be a surprising scarcity of Supernatural Horror, which says a lot about where we’re at, as people. So it is with great fiendish joy that I regard this fresh crop of monstrosities. At this point, I practically can’t wait for it to become night, so i have an excuse to watch horror flicks. It’s a rich life, indeed.

The Conjuring may be the single most frightening movie I’ve ever seen. Directed by James Wan (Saw/Insidious), and starring  Lili Taylor and Ron Livingston as Carolyn and Roger Perron, who moved into a cursed farmhouse with their 5 young daughters. The movie doesn’t start with them, however, it begins with the unsettling case of a possessed doll named Annabelle, and another couple named The Warrens (played by Vera Farmiga and Patrick Wilson), the original paranormal investigators. Turns out The Warrens are based on real people. As were The Perrons. And the Annabelle doll.

Trouble begins almost immediately: the family discover the entrance to a hidden cellar boarded up in a closet, Carolyn wakes up with bruises, all the clocks stopped in the house at 3:07 a.m., and they find their dog, who had refused to enter the house, dead outside. This is their first night in the house. Things quickly escalate, culminating in a night of terror as Carolyn is locked and tormented in the cellar, while one of her daughters was attacked by a spirit that looked like an elderly woman. 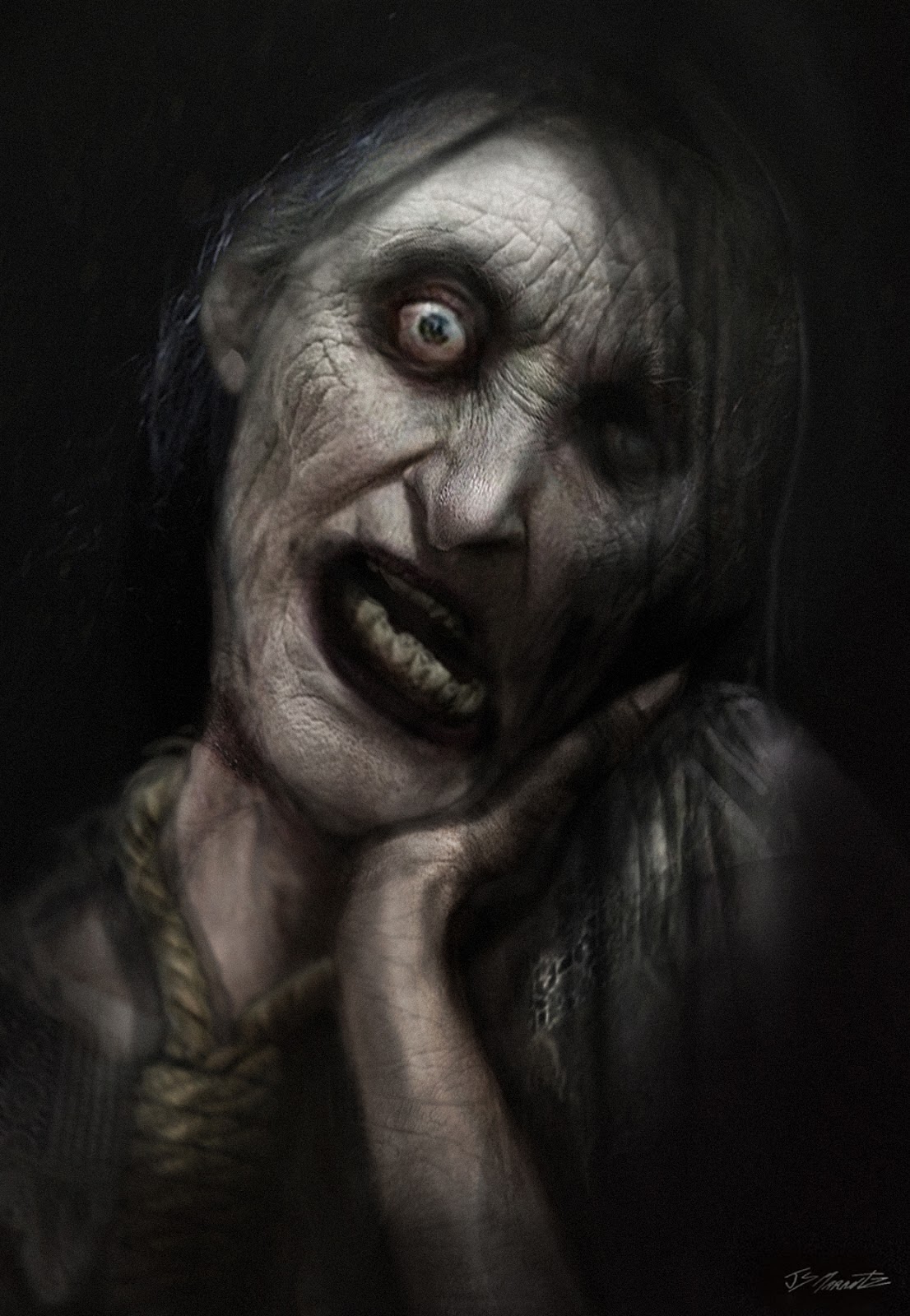 Roger and Carolyn turn to the Warrens, notorious ghost hunters, for help. The Warrens are reluctant, as this types of infestation take their toll on Carolyn, who is a sensitive psychic-type. The drama that unfolds is equal parts Exorcist, Amityville Horror, Poltergeist, and Blair Witch Project. All these classic themes are wrapped in a slick, stylish modern visual style, that still manages to evoke classic horror cinema, i.e. fleeting glimpses out of the corner of the eye and creeping shadows.

This strikes right at the heart of what I have been shooting at, all these months, at Amazing Stories. It’s the perfect balance between Classicism and Modernism. To rely too heavily on Classicism yields only deadly Nostalgia, an endless series of remakes and sequels, while relying solely on Modernism produces only “cheap shocks, jump scares and gore”. It desensitizes the Horror Viewer, demanding ever more visceral fare, and loses a lot of the charm Horror can possess. The beauty of The Conjuring is it’s usage of time-honored techniques; bold sound design, relatable and likable characters, wonky camera angles, put together at a contemporary pace to keep today’s viewers on their toes. This could lead a whole generation of new Horror Viewers to appreciate the classics.

There are a number of themes to be ripped apart and explored in The Conjuring, that speaks volumes of the state of modern horror, and how morbidly delightful it is to be a fan, in 2013.

The first is the number of plots and sub-plots to be found in this film, this movie features cursed objects, a haunted house movie, an exorcism film, haunted history, witchcraft and satanism, and is Based On True Events. In short, it has it all, wrapped up in a nice tidy cobweb.

It is this Based On True Events tag that is the most effective hook for The Conjuring. As stated earlier, both The Warrens and The Perrons were real people, and while some of the events that occurred in The Conjuring were dramatized, we’re never sure which ones. Skeptics will undoubtedly pick this story apart, but the eldest Perron daughter, Andrea, speaks with heartfelt conviction and earnestness, when discussing the events of 30 years ago. She has written three books on the matter, The House Of Darkness, House Of Light trilogy, which I eagerly anticipate getting my claws on. You can view all of Andrea Perron’s YouTube videos here. She brings up interesting questions about the soul, immortality, time and the human condition, while discussing the events depicted in The Conjuring. This makes for the most compelling marketing of a horror film since The Blair Witch Project, and that was immediately debunked as fiction. The fact that The Perrons have so readily endorsed the film, and that Ed Warren’s final request to his wife was that she make this story public, believing The Perrons’ story to be the most important of the thousands of cases they investigated (which included The Amityville Horror house), puts weight behind their claims. This breaks down the walls between fantasy and reality, fact and fiction, rationality and intuition, and forces the viewer to decide for themselves what is their take on the Supernatural and The Afterlife.

Which brings us to the second, and most invigorating, theme raised by this film (although I am a freak for a great ghost story). The return of the Supernatural, and what it says about us as a culture. The 2000s were horrified by themes of Torture and of Zombie Hordes, which subliminally reflected fears of The Government and people in power, with stories of Guantanamo Bay filling the newspapers, and of The Masses, as more and more blind acts of random violence penetrated our society, in the form of random shootings and bombings. All of a sudden, the focus has returned to witchcraft, demonology, possession and exorcism. This subconscious barometer suggests people returning to a mystical mind set, willing to persevere through paralyzing terror in search of the Sublime.

This approach must be working: The Conjuring got a rare summer release, for a horror film, grossing $35 million in its opening weekend, beating out Disney’s The Lone Ranger. The internet is aflame, as absolutely everybody weighs in.

That leads me to my concluding point for this review, regarding how great it is to be a horror fanatic in the present tense – looking up The Conjuring on the internet. Hordes of critics, far better at describing cinema than yours truly, have penned masterful, insightful, compelling reviews on the subject, that are nearly as fun as watching the movie itself. Shari Lindon, of The Hollywood Reporter, said “With its minimal use of digital effects, its strong, sympathetic performances and ace design work, the pic harks back in themes and methods to The Exorcist and The Amityville Horror, not quite attaining the poignancy and depth of the former but far exceeding the latter in sheer cinematic beauty.”, while Justin Chang of Variety Magazine called the film “a sensationally entertaining old-school freakout and one of the smartest, most viscerally effective thrillers in recent memory.” (from wiki article). In addition to this, there have been reams of in-depth, informative articles on the real story of The Perrons and the haunted history of The Old Arnold Estate. 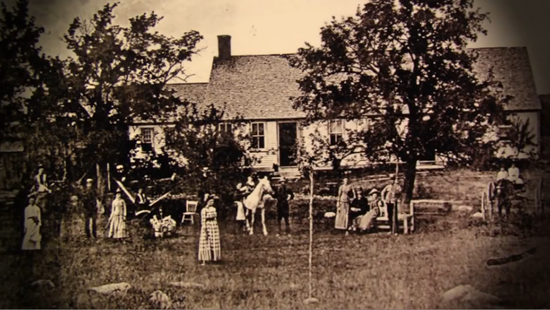 So, believer or skeptic, if you’re into horror, you will have a great time watching The Conjuring and digging into its back story, more than enough to keep you busy for a week until I come back with more freshly unearthed terrors. James Wan is doing a great job, revitalizing the horror scene, raising the stakes. Here’s to the rise of the new Dark Age!

Deep in the Heart of Texas, Part 2

Marketing As A Metafictional Tool: Harnessing the Power of Misdirection

Two Lovecraftian novels, part of a hexology, from Ecuador

The Art of the Shaver Mystery