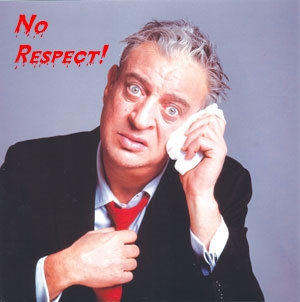 This is partially in response to K. Ceres Wright’s recent blog entry, “Having a Sexual Harassment Policy is not Enough”, but from an entirely different angle. I think that what’s happening at science fiction conventions (the rise in sexual assaults, rude behavior, and general predation) is the product of something the future created: Facebook.

I won’t go into the intricacies of K. Ceres Wright’s essay or any of the replies to the essay’s ideas and analyses. But the essay comes to me today as I am turning in my grades for the second summer session at Arizona State University, where I teach (drum roll!) science fiction online. It’s a very popular class and generally fills at 20 students. (Summers much less–about 15.)

Grades were due today at noon, and the class closed last Sunday at midnight–all papers due, all assignments turned in. Case closed.

Today I posted grades. About a third of the class failed, having not turned in their final paper. An hour ago I got six e-mails from those students telling me that they’re taking “no” for an answer and will be turning their papers in later this week. (Grades were due at noon today, by the way.) I told them all that the class was closed.

One kid said that wasn’t true; that I could accept his grade any time. I said no, that’s not how it works. He fired back saying that he was going to do it anyway. Two students turned their papers in immediately, but I told them they didn’t count. Both announced that they were going to talk to the Dean of the College of Liberal Arts about my behavior because (as one said) I was unfair or didn’t make the assignments clear (which, of course, they were as clear as any metaphor you can apply to clarity).

Mostly, the six responded to me as if I were just someone who posted a Tweet or an opinion on Facebook. This is the future coming home to roost. No one foresaw the way in which users of social media talk to one another. Everyone is treated like an equal regardless of age or expertise. If you have an opinion, it’s just your opinion and any other person’s opinion is just as valid.

The point is: They aggressively make sure that you accede to their point. This is new to me. I’ve written some blogs here that are victim of this change in how we view each other on social media. There are no rules, really, and very little respect. When I’ve posted an opinion, I am attacked personally–not my argument, which I usually try to back up with logic, reason, and quotes. This is what I teach my students. They won’t have it, though, because they think I’m a schmuck.

It’s this kind of behavior that has flowed over into the incidents of sexual aggressiveness at various conventions. Something has changed in our culture, particularly among males. (Did I tell you yet that all 6 of my failing students this semester are male? Well, they are.) I am trying not to be too generalizing here. Not every male is a Neanderthal, either in person or online. But when I read the blog, “Having a Sexual Harassment Policy is not Enough,” I realized that something has changed in a lot of people: it’s a new way of treating people like they were still on the internet. They’ve somehow allowed themselves to think of women as objects to be manipulated. This is, as I say, new.

It’s also the future. I cannot believe how many times I’ve been flamed online–even in my own classes–for just having an opinion. But when I’m in a face-to-face class or at a convention human interaction tends toward civility. Not anymore, I guess. I don’t attend conventions, for reasons I won’t go into here, so I’m not witness to what happens there. But I do have students who do, and their stories are appalling. It’s as if there aren’t any rules any longer. I know this is true in politics. Maybe that’s where they’ve learned this.

But it speaks poorly of young men who, from my experience these last three decades, aren’t doing well in college, are the angriest I’ve ever seen, and in some cases, profoundly disrespectful of anyone beyond their sphere. I have a Ph.D. Doesn’t matter to them. Taught for over 35 years. Phoo. Published eight novels–published in Japanese, German, Portuguese, and Italian. Boring! But if I give them a bad grade, I get my ass dragged in before the Dean of the College of Liberal Arts who demands to know why special genius-child Johnny is being picked on by such a schmuck and dimwit such as myself. It’s like I’m Rodney Dangerfield. I don’t get no respect.

And, apparently, neither do women at science fiction conventions.

Gestapo Mars by Victor Gischler is the quintessential example of a guilty pleasure. You might feel a little guilty afterwards, but you’ll be anxiously awaiting a sequel.

In this week’s viewing: A possibly lucky thirteen premieres!

Editorial 2: The Hugo Awards or How To Talk About Them Without Looking Like A Clueless Asshole – or – HuGo Look It Up, I Already Did!

Science Fiction Romance with a Hint of Halloween

Dan Durda of the IAAA