Recently in /r/Fantasy there was a post about self-promotion. And I was pleased to see that I was called out specifically as someone in the community who “does it right.” So I thought it was worth mentioning what I do in the hopes that it will help others.

Be a Member First and Always

If you join a reading forum with the intention to promote your writing, you’re going to fail. People who do this aren’t providing any “real” value to the community. Sure they may have a product that the community might be interested in, but because that is all that you talk about it will get annoying really, really fast.  For me, I’m in these communities as both a reader and a writer. When I got done reading The Ocean at the End of the Lane by Neil Gaiman I WANTED to discuss it with other readers. My being a writer in this has nothing to do with the discussion at hand. So the first piece of advice I have is genuinely participate and interact with the community – as a reader.

How to Get Started: Lurking

My first piece of advice is when you start with any of these communities, is to start out  as a lurker. Read the posts, see what kinds of things seem to be well accepted by the community and which ones are not.  Let others be the fall guys/girls. When someone comes in and does something boneheaded (which they almost always do – because after all this is the Internet) take note of their mistakes and don’t repeat them yourself.

The Next Step: Participating

Once you get a feel for the “vibe” of the community then start interacting…again as an interested member of the community.  If you see a thread that interests you – post.  If you read an article you thought the community would find interesting – start a thread. See a comment you agree with – say so.  See something you don’t agree with – then offer your opinion (and do so respectfully).  But most importantly of all…BE HELPFUL.  If someone is asking for recommendations on good audio books – have a few that your favorites at the ready and point them in the right direction. If someone is wondering if Tolkien would be good for them, explain a bit about what you find as a pro and/or con of his writing. Keep a few links handy…If someone is asking about some good self-published authors to try out point them to Ranting Dragon’s Top 20 Indie Science Fiction and Fantasy Novels. If they are looking for which classics to read, point them to NPR’s Top 100 Science Fiction & Fantasy List. Also be supportive of other members of the community.  When someone posts a great “find” they got at a used bookstore – congratulate them. If they made an amazing piece of fanart and shared it, and you liked it. Say so.

Posting about you own works

Once you are a member of the community, then it’s fine to occasionally mention your own stuff.  Heck it’s even okay to say. “Hey guys, I just released my new book and I’m really excited about it.” Do this when it’s your first post…and you might get some people congratulating you…but do this after you’ve spent six months as “one of the group.” It will be received with a great deal more enthusiasm. If you are active enough, you won’t even have to make such a post, because someone in the community is likely to do it for you. I have a book coming out in a few days so I’m doing a number of guest blogs at various sites and members of /r/Fantasy have posted links such as:

None of these thread were posted by myself, but of course I stopped in and thanked and discussed with people there. Which reminds me…when I run across someone recommending my books, or talking about my books – I try to leave a note thanking them for such. To me, it’s a matter of common courtesy and because I’m genuinely thrilled that they liked my book so much to mention it to others.

As I said, I have a book coming out in a few days, and it would be easy for me to put up a post about that. But again, you want to post content that the community as a whole would be interested in.  So what I did was go on Amazon and get a list of all fantasy books that are coming out in August and listed them (August Fantasy Releases). So not only am I promoting my book, but a lot of other authors as well.  Plus there is more to discuss because people will be coming in and talking about more than just your title.  By the way, when doing such a post, I always mark and make a disclaimer that a book is mine. I want to be very transparent about the fact that one in the list is my book so that people don’t feel I’m trying to “sneak something by.

Inevitably, sites like this have a lot of people asking for recommendations. First and foremost, know whether the forum allows you to mention your own books (some groups on goodreads for instance will delete your post if you talk about your book in such a thread) so know the rules and follow them. When I make a recommendation I do the following:

If you want to see an example here is a link.

Don’t be afraid of letting “you” shine through. I still consider myself a “little fish’ in the overall scheme of things so when I see my books (or my name) listed with others I’m very humble in my response…because you know what…I am honestly amazed to be included in such.  Other authors on the sites are great at coming back with sharp one-liners.  That being said, while you should always be “you” you should try to show your best side. Don’t be mean or negative, strive instead to be friendly and helpful.

I’m at these sites several times during the day.  Usually it’s when I just finish writing something and I want to “check in” to see what the community is talking about. Or it might be something that I do when I first wake up or before I go to bed.  I do this because I LIKE being there. Remember my first bit of advice about being a member first. If you visit often, and comment on things that interest you…you’ll probably not have to worry about your promotional verses non-promotional posts.  Because you are just out there having a good time with everyone else.  If you go these communities with the goal of promoting…then you probably do have to keep a good eye on this.  Sometimes it isn’t even a matter of reality, but one of perception. If they “think” all you ever do is talk about your books, (even though you talk about other things) then you might want to be a bit more conscious about the perception, and dial it back a bit.

While much of the stigma of self is eroding, this is one of the places where you will see a difference. If you are self-published you have to be a bit more careful, and walk a bit on eggshells.  It’s not fair, but it’s true. The way I participate in these environments has been basically the same throughout my career.  The exact same post when self-published can be taken differently then when traditional published. Here is the basic mentality that you might run across. When traditionally published people will thank you for being “so engaged” with your readership. If you show up and post they are excited and giddy. Saying things like “Wow, I can’t believe you took the time to respond to my post.” Whereas if you are self-published people might be quicker to point fingers and ridicule a post for being “self-promotional.”  This is one of the reasons that being a hybrid is important…you can have the benefits of the “traditional stamp of approval” and also the income-earning potential of self-publishing.

I attribute a big part of my early success because of my interaction on goodreads, and a large amount of my current “discoverability” because of my participation on /r/reddit. In both cases, I’m there because I’m a reader and I enjoy talking about books. But that being said, writing is also a big part of what makes me…me. I don’t hide that aspect of my life under a barrel, nor do I shout it from the mountaintops. If there is context – sure I’ll mention it. If someone says they like my works, sure I thank them for that, but mostly I just act like other readers because I am one to. I

There Was An Actual Well 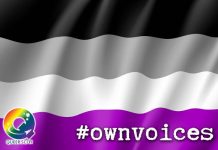 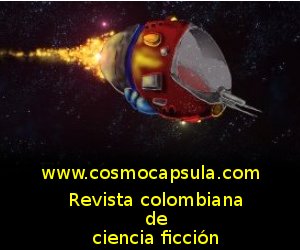