When I was in senior high school (thirty looong years ago) I had an appointment with a career counsellor. I had an aptitude for art and was interested in science.. Based on these two pieces of information he told me that I should pursue a career in computer art.

I laughed in his face.

You must understand that at the time computer art was nothing more than 8-bit images horrendously pixilated. It was the artistic equivalent of a freak in a freak-show. It was the dog-faced-boy of the world of art.

You see, I wanted to be a fantasy artist. I wanted to paint just like my heroes, Frank Frazetta and Boris Vallejo. I wanted to produce works of wonder and imagination like the Brothers Hildebrandt or Michael Whelan.

In order to do that, as everyone knew at the time, you had to know how to paint in oils or at least acrylics. Back then no one painted in pixels. The very idea was ludicrous and beneath contempt.

My mother was an oil painter. She painted landscapes. I was adept with a pencil and with pen-and-ink, but for some reason I couldn’t wrap my head around painting with oils. My mother was also good at watercolours and I discovered that I could combine those with my pen-and-ink work to produce passable images. But the oil paints were, as far as I was concerned, the only way to produce the images that I wanted to produce. 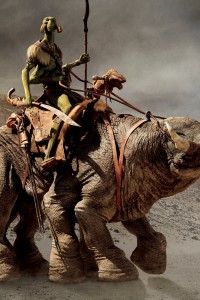 Graphic quality improved. In 1987, Thomas Knoll, a PhD student at the University of Michigan began writing a program on his Macintosh Plus to display grayscale images on a monochrome display. This program, called Display, caught the attention of his brother John Knoll, an Industrial Light & Magic employee, who recommended that Thomas turn it into a full-fledged image editing program.

Now, I adopted these programs quite enthusiastically. For an artist such as myself, who is not as meticulous as I should be, who does not have the room or the resources to be slapping actual paint onto actual canvas, these programs were a godsend. 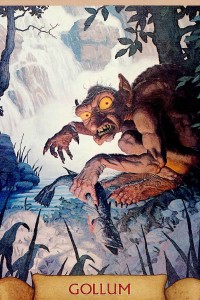 But then the floodgates opened. The ability to render images improved and soon computer specialists were able to marry that ability with the ability of the computer to animate those images within a virtual space. Thus was CGI — computer generated images — born.

Now, back when I laughed in my high school career counsellor’s face, my greatest nightmare would have been that a computer could create images better than an actual artist. The idea that a computer could spontaneously create art was as incredible an idea that a chimpanzee could recreate the Mona Lisa using its own feces. It simply could not happen and even if it did it would be an anomaly, an oddity, not to mention disgusting.

Flash forward to today. The nightmare is real. Computers generate images. They animate them and they are displayed with absolute photographic realism. They are displayed on the screens of your local cinemas in 3D, no less. 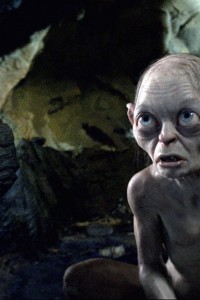 It used to be that motion picture visual effects was a poor cousin to the finest of fantasy and science fiction art. No longer. With CGI Hollywood has outstripped the wondrous science fiction and fantasy art that used to grace the covers of our favourite books and magazines.

Of course, the movies employ teams or artists. They have entire office buildings full of talented artists working around the clock in near sweat-shop conditions to produce these frames. Next time you watch a blockbuster, effects laden flick stay in your seat during the closing credits and see how many names are listed in the effects or compositing department. It is a virtual army of designers, artists and technicians brought together to produce these images. 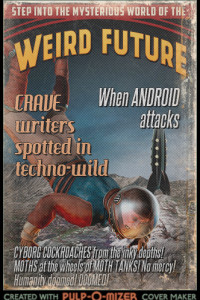 How is a single artist expected to top that? How am I supposed to produce an image that gets noticed when I am up alongside not only images produced by artists who are more talented than I am (there are many — sooo many) but also with images produced by armies of talented artists, effects technicians and computer programmers on equipment that is state-of-the-art or better?

It would drive me to drink if I weren’t already inclined that way to begin with.

And to add insult to injury, there are now sites where anyone can go and get an almost-custom CGI image. Sites like the PULP-O-MIZER, a site where you can combine pre-rendered CGI images together to create your own sf pulp style cover images. Sure, it’s neat, but that’s probably taken more than one job out of my hands. Thanks CGI. Thank you so much!

So what is a struggling artists to do? Continue rolling the stone up the hill like Sisyphus? I just need to keep struggling, to keep plugging away and hope that somewhere there is a niche that only I — only my particular talents — can fill completely.

Then do the best damn job that I can.

Anybody need some fantasy or science fiction art done? My rates are reasonable?

A gallery of science fiction art from the 70s

“Hello, My name is Milivoj Ćeran, I live in Zagreb, Croatia. I’m a professional illustrator specialized in fanastic art.” Q: What made you want to be a fantasy illustrator? A: “That idea was in my mind since I was kid, but the first „real“ idea was while I studied at academy of fine art. I’ve […]

Handmaid’s Tale to Get a Sequel