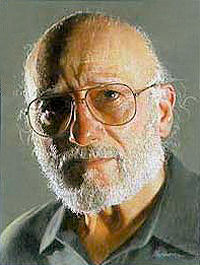 This past February I had the great pleasure of speaking with Mr. Murray Tinkelman, the famous and award winning illustrator. This came about by my wanting to do something different for once in the blog. Mr. Tinkelman has been one of my favourite cover artists since the middle 1970s when he illustrated the front and inside covers for the Lovecraft and Lovecraft related titles for Ballantine books under the editorship of Judy Lynn del Rey. Anyone who is familiar with these editions will immediately recognize and appreciate the beauty and uniqueness of these editions. Mr. Tinkelman went on to do many more wonderful covers for such authors as Kurt Vonnegut, John Brunner, Richard Matheson, Zane Grey, Joe Haldeman and E. R. Eddison.
> 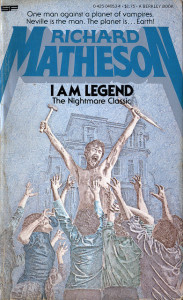 Mr. Tinkelman grew up in the Brownsville section of Brooklyn. Upon graduating from High School of Industrial Arts he started working for the famous Iger Studios doing “touch up work” for other artists along with his best friend “Dick Giordano2. Mr. Tinkelman didn’t get along very well with Mr. Iger and moved on to greener pastures. His first professional sale was to “Seventeen Magazine”. This shows that even great artists like Mr. Tinkelman have to start somewhere. Since these humble beginnings Mr. Tinkelman has gone on to become one of the nations greatest Illustrators and respected artists. Here is a direct quote from his Studio’s home page 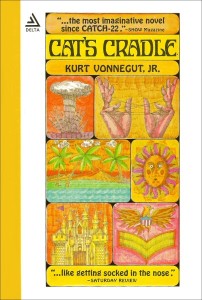 “Murray Tinkelman is an award-winning artist who has won gold medals from the Society of Illustrators, the New York Art Directors Club and the Society of Publications Designers. His illustrations have appeared in a variety of publications such as Atlantic Monthly, the New York Times, and the Washington Post. Tinkelman has been commissioned by The National Park Service to do drawings and paintings of National Parks and Monuments and by The Air Force to be an artist-reporter on specific missions. He has had a one-man exhibit of his baseball art at The National Baseball Hall of Fame and Museum in Cooperstown, New York in 1994 and The United States Sports Academy in Daphne, Alabama in 1995. His work is represented in the permanent collections of the Brooklyn Museum, the Delaware Art Museum, the International Photography Hall of Fame & Museum, and the New Britain Museum American Art

Mr. Tinkelman has been a guest curator for the Discovery Museum in Bridgeport, Connecticut, and the Society of Illustrators, Museum of American Illustration in New York City

He is Professor Emeritus from University where he taught in the undergraduate program and was the senior advisor in the Independent Study MA Program in Illustration for over 25 years from 1979 – 2006. 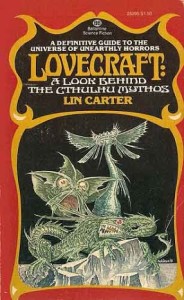 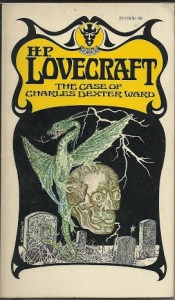 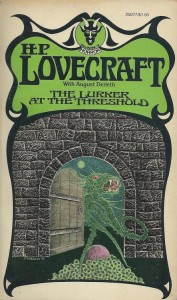 I have to make a confession now, up until two weeks before our first conversation I only knew Mr. Tinkelman as one of my favourite cover artists and nothing more! I actually had the Chutzpah to write to the man and ask him if he’d answer a few questions form the blog. I sent him a link to a previous post of mine covering his cover work for the HPL titles. He quickly responded to my email. He said that he didn’t like to type and he wouldn’t burden his wife with his correspondence. But I was free to call him at home. He then added his telephone number. I thought ok, this’ll be an interesting, since I had only originally planned on sending him a few simple questions. I then realized that I had better learn a little bit about the man if I was actually going to be audacious enough to actually impose on his time, kindness and generosity.

After reading up on Mr. Tinkelman’s (real) career, I was terrified to think that I had the nerve to impose upon such an important artist.  At first I thought of begging off.  But then after chewing over it, I then thought that I’d just express my admiration, ask a few simple questions and leave the man alone. So two weeks ago today I pulled my nerve together and called at the agreed upon time.

What I at first feared to be a humiliating experience turned into one of the most joyful, informative and entertaining 54 minutes of my life.  I quickly discovered that Mr. Tinkelman, to my great relief and pleasure, is an extremely warm, friendly, unpretentious and charming man!

Mr. Tinkelman asked me about myself and why I was interested in his work, which I explained. He told me that he never considered himself a “Cover Artist”. He explained that cover art allowed him the freedom to move onto to his actual artistic interests. He said that when he makes public appearances that he gets recognized by three groups of fans/admirers. Those who are interested in his art and illustration career, those who know him as a SF/Horror/Fantasy cover artist and those who admire his cover work on westerns.

Mr. Tinkelman loves 1950s autos, Baseball, the rodeo as inspiration for his western art and Gene Autry. He explained to me that there are two kinds of people in this world. They are “Gene Autry” people and “Roy Rogers” people. Because of my father, I’m a Roy Rogers person myself. Mr. Tinkelman was kind enough not to hold that against me though!

I asked him about the HPL covers he did and he told me that he knew Lovecraft from his youth by reading his father’s copies of “Weird Tales Magazine”. He went on to tell me that he had been offered by “Ballantine Books” to illustrate the covers to Ballantine’s reissue of the Tarzan novels. Mr. Tinkelman didn’t feel that his style would be appropriate for the Tarzan novels and declined. This was a huge break for the famous comic’s artist “Neal Adams” since he ended up getting the assignment. I have to say, that even though I agree with Mr. Tinkelman, that his style might not fit the Tarzan novels, I would still have loved to have seen what he would have done. He then went on to tell me that just a day or so later he was approached by re-approached by Ian Summers to do the Lovecraft illustrations for Ballantine.

Mr. Tinkelman also told me of his time stationed in Germany with the army where he worked in Wurzburg as an illustrator painting welcome signs for officer’s wives and hand drawing cigar bands when officer’s children were born. I asked him how this was (this was during the Korean War) and he said that it was better than getting shot at. I can agree with 100%!

We then went on to discuss illustration in general and the decline of “Book Design”.

Mr. Tinkelman believes that the decline in the quality of book design can be mostly blamed on inexperienced art directors at the publishing houses. He told me that these days the position of “Art Director” is often considered to be an unimportant opening position that is filled by young inexperienced people and that it isn’t taken nearly as seriously as before. He also thinks that even though “narrative illustration” is much less in demand there is still plenty of wonderful work being done in “decorative illustration”. Mr. Tinkelman stated that, his good friend, the late Maurice Sendak also shared the opinion that quality book design had suffered greatly these last few decades.

Mr. Tinkelman told me two interesting stories regarding how Art Editors will meddle with and destroy fine book art. Mr. Tinkelman did the famous cover for Kurt Vonnegut’s “Cat’s Cradle”. This is lovely piece of art that draws your eye to the book that is done predominantly in shades of yellow. When “Dell Books” decided to reissue the novel, the art director decided that “red sells” and heavily cropped the art and placed a heavy red border around it. The second story involves Mr. Tinkelman’s continuing interest in book design and art. He told me that he still browses the SF section and the books stores. He came across a new edition of “John Brunner’s “Stand on Zanzibar”. “Random House” still owned the reprint rights to his cover art which allowed them to continue using it over the years. It seems that some “genius” in their art department decided to “improve” upon Mr. Tinkelman’s original art and completely butchered it into a horrible collage. Mr. Tinkelman was understandably angry enough that he wrote a letter to the art department at Random House asking them what they thought they were doing. And as a perfect example of how things are run these days, instead of explaining their decision, they just sent him a form letter referring any future inquiries to their legal department.  I can’t decide for myself what is worse in this situation, the ignorance, the hubris or the arrogance.

As I was doing my research/home work on Mr. Tinkelman’s art and career I came across his series of covers he did for some of the “Zane Grey” westerns. These were new to me and I was overjoyed to see that he was using “Steve Holland” as his model. Even if the name “Steve Holland” doesn’t mean anything to most people, millions of readers still know the man’s face, physique and torn shirt. Steve Holland is the man who was immortalized as the personification of “Doc Savage” on the famous “James Bama” paperback covers from the 1960s!!! It turns out the Mr. Tinkelman and Mr. Bama are good friends and that Mr. Tinkelman got to “borrow” Steve for the Zane Grey covers. Mr. Bama went on to become an admired and respected western and landscape painter. One funny note to this interesting piece of information is that when I informed Mr. Tinkelman that the original “torn shirt” worn by Mr. Holland had been auctioned off for a very high price, Mr. Tinkelman told me that he still owned the denim jacket worn by Mr. Holland in all those Zane Grey covers. 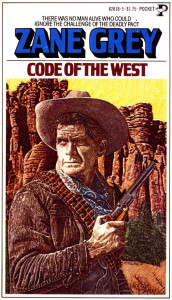 At one point during our conversation I told Mr. Tinkelman that the “Tinkelman Lovecrafts” bring much higher prices with collectors than the ”Michael Whelan Lovecrafts”. He just laughed and said “don’t let Michael know that!”

I’m going to wrap this up. I was so nervous and the beginning of our conversation and then so overjoyed and enthralled that I forgot to take any notes while we were talking. As soon as we hung up I started jotting down notes like a mad man. So I’m sure I’ve left a few things out. Regardless, it was a wonderful hour spent with one of my idols who turned out to be so much more kind, generous and charming as I could ever have hoped for.

I am very much in Mr. Tinkelman’s debt and extremely thankful that he shared his precious time with me.

Thank you Murray from the bottom of my heart!

Mr. Tinkelman told me that he was once approached by Joe Haldeman, who told him that Mr. Tinkelman’s cover for “The Forever War” was his favourite cover from all the ones that ever appeared on his books. 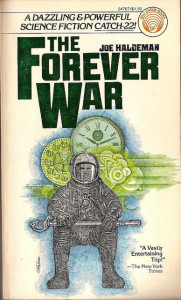 Looking at the body of his work, and even though Mr. Tinkelman stated he didn’t consider himself a cover artist. I myself consider him a Grand Master of the field and the faces which he placed on these books greatly increased the reading experience of each one.

On a last note, since telephoning last February I learned that Murray has been awarded an Honorary Doctorate by the Kendall School of Art and Design in Grand RapidsMichigan and the he is also being inducted to the Illustrators Hall of Fame!!
Congratulations Murray!! 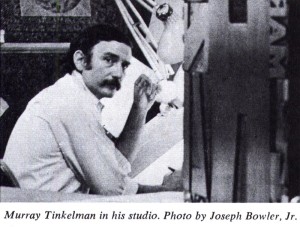