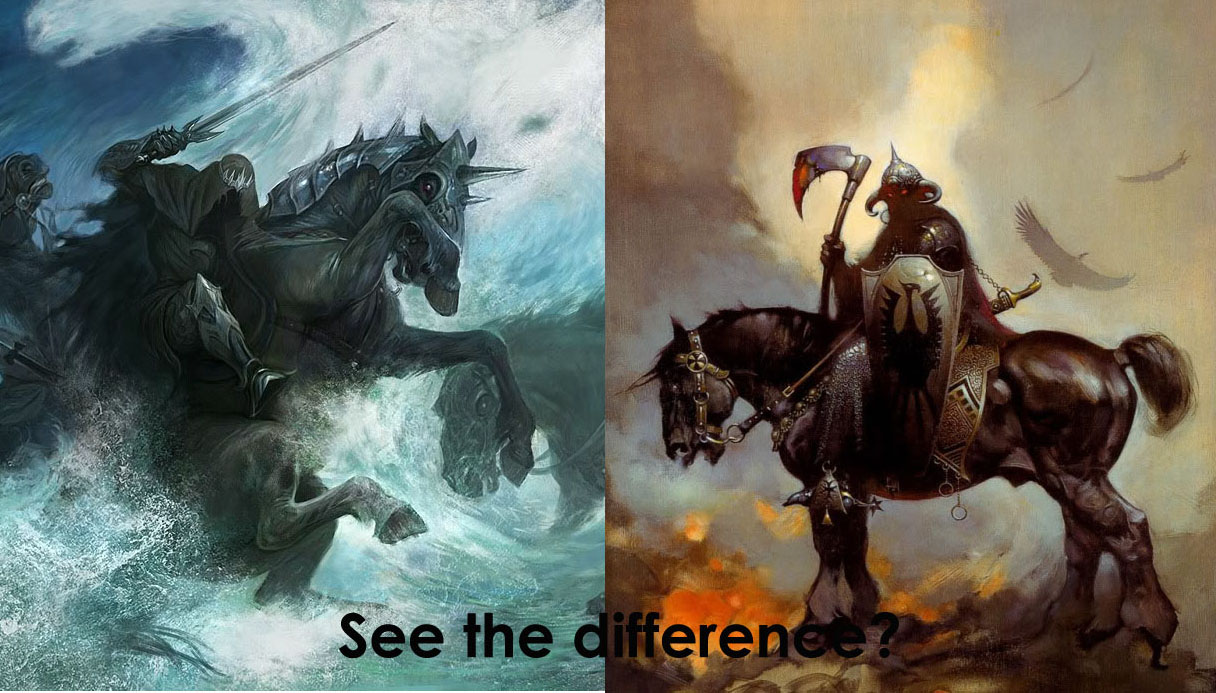 In September 1937 an English Don named John Ronald Reuel Tolkien published a children’s book called The Hobbit. Robert E. Howard, the creator of Conan, had been dead for fifteen months. In 1950 Gnome Press published the first Conan stories in hard cover. July 1954, Tolkien begins publishing a second version of his mythology, but this time as an adult book called The Lord of the Rings. Jump still further to 1965 and the unauthorized paperback edition of The Lord of the Rings by Ballantine Books exploding across campuses in the United States. Now, finally after thirty years, these two giants are going to meet head-on. Tolkien (through Ballantine) and Howard (through Lancer) drive a new wave of Fantasy publishing that results in a cultural shift that is still being felt today. Fantasy went from being that stuff nobody published to the bestsellers list. 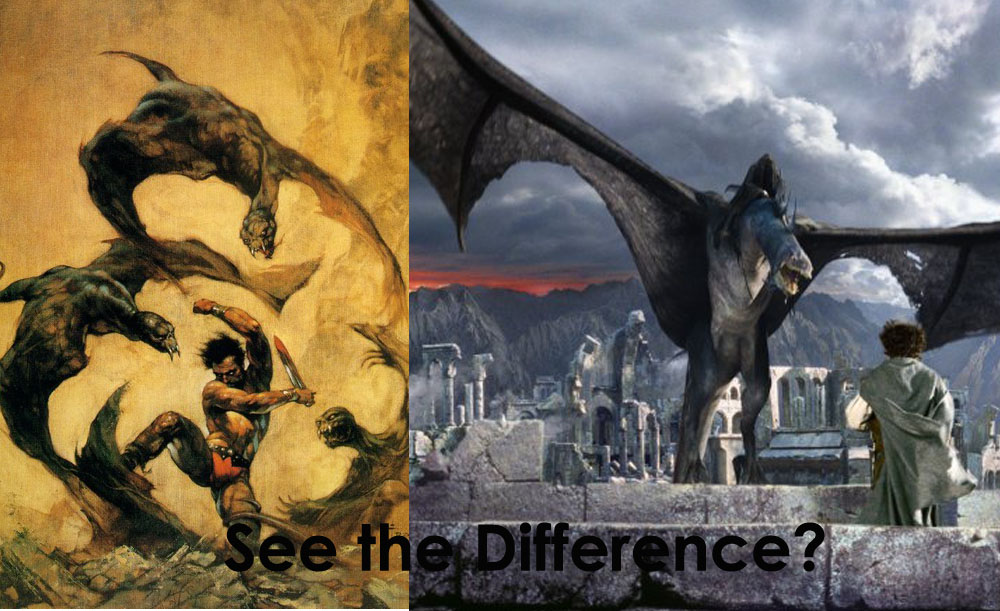 One of the ways fans of Fantasy like to waste their time since the mid-60s is to argue about Howard and Tolkien. They created labels like “Sword & Sorcery” and “High Fantasy” or “Epic Fantasy” to distinguish between the two, usually with a sneer on the lips. But in recent years I’ve studied the works of these two writers and have found very little to separate them. Both were inspired by “The Northern Thing” just as C. S. Lewis’s Narnia books were. Howard and Tolkien both admired the tales of Sigmund, Beowulf and Grettir, though perhaps not in quite the same way. Tolkien was a professor and came to it through language, while Howard was a working writer and knew of the tales of North through non-scholarly works.

More importantly, both Sword & Sorcery and Epic Fantasy feature all the same types and tropes. There are heroes and monsters, quests and treasure, good versus evil. Where they deviate is in two ways: philosophy and mediation. Both writers bring strong personal philosophies to their stories. Howard’s belief in the savage nature of humankind comes out in his self-interested Conan. Tolkien wanted to create a new mythology for England and worked from a Christian point-of-view (one well diffused, unlike Lewis’s religious Narnian allegories.) In this, the two writers were coming from very different places. Their messages, despite the swords and monsters, were different. Howard’s message (if any) is one of survival. Tolkien’s is redemption.

The second important difference is mediation. Tolkien chose to mediate between his world of wonders and the readers by using hobbits. These simple, honest folk take the hyperbole of the fantastic and bring it down to the ordinary level of cutting the grass or cooking potatoes. Imagine the tale of Aragorn told directly, without hobbits. It might sound a lot closer to the tales of Conan (or more likely King Kull) than The Lord of the Rings. Sword & Sorcery has an immediacy that made Howard’s friends joke he wrote his tales in blood. Tolkienian Fantasy is slower, but richer in detail. The disparagers of either type of Fantasy are often choosing between these two preferences.

In the final analysis, Sword & Sorcery and High Fantasy aren’t so very different. What has made them different at all is mere happenstance. Howard was an American Pulp writer, so therefore his Fantasy is short-story based and fast-paced. Tolkien wrote not for money and took an entire lifetime to craft one long tale. In spirit they are the same, Heroic Fantasy. In execution, tone and message, they differ as much as two writers should, each reflecting their own spirit. Lin Carter, in his book Imaginary Worlds, says that Tolkien had read Howard and liked him. This doesn’t surprise me at all. They were both inspired by the same sources of the fantastic and found their own ways of writing about it.