Home Film/Televison Number One at the Box Office, and Still a Failure.

The movies have changed a great deal in the last twenty years.  One of the most interesting changes is that it’s not that unusual anymore for someone to review the number one most seen movie in the country, and pronounce it a failure.  There is a simple reason for this; it’s because of special effects.

The latest movie that’s gotten this treatment has been Oblivion.  Upon it’s release it was the most watched movie in the country, making 37 million in a single week.  Despite that, it’s actually not that silly to call it a flop, because when you spend a hundred million on special effects, you need to make that money back quickly or investors will be angry.

The Golden Compass took in 70 million dollars domestically.  Unfortunately, it cost 180 million to make, a result so expensive it actually closed the doors of the studio which made it.  The real joke however is that affer New Line Studios closed its doors permanently, the movie went on to make 300 million overseas, easily making the 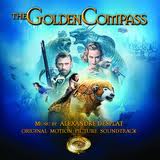 money back.  Originally slated to be a trilogy, it’s unlikely there will ever be a sequel, which is unfortunate for fans of the series.

The premise of the books was that every person had a beast that followed them around that was connected to their own soul.  This essentially required a massive amount of special effects since that many animals would have been impossible to manage.

Of course, that’s not the only reason that how success or failure in Hollywood is measured is so tricky.  For instance, you’ve probably heard of Forrest Gump.  It was well reviewed and made a lot of money.  And yet, when the author of the book came to collect his proceeds, they told him the movie actually lost money, and for that reason he was owed nothing.  Author Winston Groom ended up 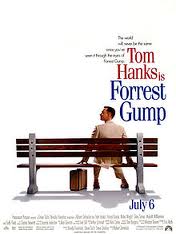 suing to get the money and the matter was later settled out of court for an undisclosed sum.

The studio’s that produce movie’s can frequently manipulate which part of a production assumes the brunt of expenses, and then move the profits to another division, giving them the ability to cheat authors of a share of the profits, by declaring that there were no profits.  Hollywood is a rough place, particularly for writers.  After reading about a lot of instances like this, I wonder why more writers don’t demand all the money up front, rather then ask for a cut of the profits.