This is not fiction. Your mission, should you accept it, is to go to Mars and die there. I get a bit cynical about this sort of thing,

I have a fantastic new idea for a story.

An aerospace startup hits on the best way to colonize Mars. We’ve got the technology to put humans down on the surface of the Red Planet. But not to get them back to Earth. No problemo! They advertise for volunteers willing to undertake a one-way trip.

Be the first (or fifteenth) man on Mars. And then die there.

How many volunteers do you think they’d get?

Well, if you spotted this story in the news, you already know. At the time of writing, Mars One had 20,000 applications in hand, with total applications expected to reach seven digits. Multiply that by $25 per applicant–a fee intended “to prevent spammers and those not serious about joining the expedition from applying”–and my Nigerian 419 scam antenna start waving. But no! Mars One is an NPO, which is of course the international badge of disinterested idealism. They’re going to use the money to fund the mission.

Every time I come up with a really whizz-bang idea, reality gets there first, dammit.

Who’d have thought there were so many people who’d jump at the chance of spending the rest of their (probably quite short) lives in a sealed box in an airless desert?

Perhaps it’s not actually so different from the way many of us live today, and hence the era in which manned space exploration will be psychologically feasible has already arrived — but the Mars One website manages to make it sound genuinely thrilling:

Not unlike the ancient Chinese, Micronesians, and untold Africans, the Vikings and famed explorers of Old World Europe, who left everything behind to spend the majority of their lives at sea, a one-way mission to Mars is about exploring a new world and the opportunity to conduct the most revolutionary research ever conceived, to build a new home for humans on another planet.

Mars One will offer everyone who dreams the way the ancient explorers dreamed the opportunity to apply for a position in a Mars One Mission. Are you one for whom this is a dream?

(Tangent: Who are these “untold Africans”? I suppose they mean “unsung,” in that we’ve never heard of them. Also, I would say that a one-way trip to Mars is quite unlike the voyages of i.e. da Gama, Cortez, Pizarro et al, who only set out at all in the hopes of returning home with their holds crammed with swag. As for the ancient Chinese, this must mean Admiral Zheng He, who followed established trade routes. Really the only accurate parallels here seem to be with the Micronesians and that tiny number of Vikings who crossed the Atlantic–and even they may not have done it on purpose. Still; point made.)

I’m rooting for Mars One. It would be fabulously exciting if they could pull it off. And if they can, we’ll all get to watch, because, to quote the website again, the company “intends to maintain an on-going, global media event, from astronaut selection to training, from lift-off to landing, to provide primary funding for this next giant leap for mankind.”

That is pure genius. 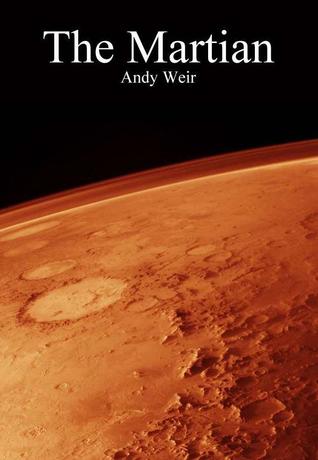 I’m reminded of a book I recently read, The Martian, by Andy Weir. I picked this up for my Kindle because I love a good survival yarn–I was hoping it would be something like Between a Rock and a Hard Place on Mars–and, well, it was $0.99. (Memo to indie publishers: Impulse-buy pricing strategies work.) It is the story of an astronaut’s struggle to survive for over a year on Mars after his crewmates abort their mission and accidentally leave him behind. The focus is on his ingenious survival strategies utilizing technology recognizable to us all. It reads like exactly what it purports to be: a memoir by a biologist/engineer. With pedestrian prose, cliches, and all. This air of authenticity is very endearing. It’s a shame that Weir felt compelled to interpolate passages from the point of view of the NASA scientists and astronauts working to rescue our hero before he runs out of food.

Money is no obstacle. Orders are heroically disregarded. A trillion-dollar spaceship is put at risk. The President authorizes unlimited funding for the rescue mission. The entire planet sits glued to its TV awaiting updates. Brave astronauts accept years away from their families, and take immense risks … all to rescue one stranded nerd? Alas, alack, I am a cynic, but I just couldn’t suspend my disbelief.

I decided in the end to read The Martian as a sweet missive from a world, not this one, where its story would be plausible. A world of upright politicians and heroic adventurers, where even the Chinese sacrifice an expensive rocket booster to the rescue mission, because nothing but nothing matters more than saving a single human life. As such it was a refreshing change of aesthetic pace.

Yet had he been shooting for psychological realism, Weir should have taken a hint or two from Mars One. He postulates a near future where several NASA-led missions have landed on Mars already, their goal apparently pure science. It’s the Apollo years, redux. This is doubtless what many boosters of manned space exploration are hoping for. It’s a beautiful vision that gets unlikelier with every passing year.

What is likely is something along the lines of the mission Mars One is proposing. The value hierarchy of spaceflight has already, or is about to, invert itself. Human life? Dispensable. Money? Non-negotiable.

Our path into the outer solar system will be paved with the corpses of the willing dead.

Who Do You Blame in a Science Fiction World?

Heinlein’s YA (Juvenile) work is still generating praise and controversy.

My post on crowdfunding a few weeks back generated some really great discussion and seemed to tap into something of interest to a great many people. This topic, like the rest of publishing these days, is very dynamic, so it’s one I’m going to return to on a regular basis. Two of the people leading […]

Carrie by Stephen King, a review