The ASM Blog Horde is a diverse and wonderful species. I have the privilege of talking with all of them, and I get to share those chats with you. In this long-running series, you will have the opportunity to peek inside the minds of the ASM bloggers to to see just what makes them tick.

I hope you enjoy the series as much as I have enjoyed preparing it for you. Please feel free to ask questions, or just let the Horde know you’ve stopped by for a visit.

Bloggers love comments, so let them know you’re out there! 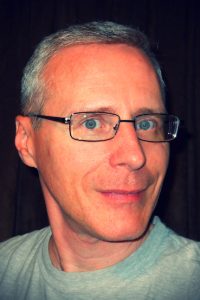 TERENCE JACKSON grew up in an Air Force family. He works at North Dakota State University as an administrative secretary – the only male secretary on campus. He’s been writing seriously since 2007 and has published four novels. Jack is currently working on eight projects, including several in the Blood Underground series–the first book in the series came out the middle of last year.

Jack says, “I hope that people enjoy reading my stories as much as I love writing them. I get very invested in each character, and hope my readers do, as well.”

Jack Jackson: One of the other bloggers, Adam Gaffen, and I are friends on Facebook. He suggested it to me. I contacted Steve, told him about myself, and voila – here I am.

ASM: As you know, Amazing Stories Magazine has an impressive variety of blogging categories. In what categories can we find your blogs at ASM? And do you have special interest in those topics?

TJ: Currently my posts are in the Genre, Horror, and Horror Literature categories. Eventually, I will broaden my scope and include Sci-Fi and other categories, as well. My area of interest varies widely although most of my publications have been in the horror genre – vampire stories. I’ve loved horror from the time I was a little fellow. I remember my brother hiding behind the sofa during the early Saturday morning fright movies while I was glued to the TV. I try to inject a bit of humour into my writing; breaks up the tension of the horror storyline.

ASM: Jack, please tell us a little bit about your previous work in the publishing or genre industry? 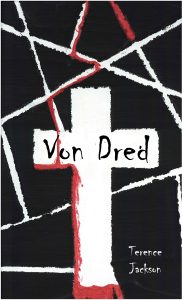 TJ: I am an author. I started out several years ago writing to beat the boredom of living in Fargo, North Dakota, especially in the winter. I had taken a class on literature and I guess I just got inspired.

My first novel was Thirty Days and Counting. It has nothing to do with vampires, horror, sci-fi, etc. It is a military love story set in England in the time of Don’t Ask, Don’t Tell. It was pretty well received and I got motivated to write more, so I decided to try my hand at horror writing.

Vampires are something I’m quite familiar with, having seen nearly every movie and TV series in the genre. But, I wanted something different, so I tried to dispel some of the old folklore about vampires and introduce a few new ideas. My first vampire novel, Von Dred, follows the main character from early age up until the time he’s turned. It hits the highlights of his life until then so the reader can see why he is the way he is, even as a vampire.

The sequel to Von Dred is The Book of Jacob. This one goes back a couple of months before the end of Von Dred and follows the character of Jacob as he searches for answers to questions he’s almost afraid to ask. Jacob has a lot of interesting individuals – some new, some from Von Dred.

A couple of years ago I was visiting London for a seminar for work and I took a tour of the closed and forgotten bits of the underground beneath the city. I thought to myself what a wonderful setting for a vampire story and the Blood Underground series was born. I’ve published the first book, Thavs, in the series and I am working on several follow-ups. I am also working on a couple of different novels about death. One is about the personification of death as a mortal, and the other is about the historical persona we leave behind long after we are gone, as well as how we touch each other’s lives.

ASM: Sounds like the boredom of North Dakota has been your muse, Jack. Well done.

Amazing Stories Magazine focuses on the genres of Science Fiction, Fantasy and Horror. I think we can guess, but what’s your favorite genre?

TJ: It goes without saying that my favourite genre is horror. I grew up watching all of those great black-and-white movies with Bela Lugosi, Lon Chaney, and others. Later, I watched things like “Buffy” and “Angel” and movies like the “Blade” series. Lately, I try not to read vampire novels or watch much of them on TV or at the movies just so I don’t subconsciously use anyone else’s work. Funny thing was I have a line in Von Dred that is nearly word-for-word from the TrueBlood TV series, but I hadn’t even watched the show until after VD was published. I guess there are only so many things you can do with the undead!

ASM: Are you a genre movie fan, Jack? What are your favorite titles?

TJ: I am a huge movie fan. I tend to gravitate towards sci-fi movies more and more—that’s why I’d like to write science fiction someday. I love the “Alien” movies, and yes, even “Prometheus.” I honestly don’t go to the theatre very often so my references tend to be more from television. Eventually, all the good…and bad…movies come to the small screen. The Superman movies are a favourite of mine, as well as, Batman, Iron Man, The Avengers, so I guess we can say I like superheroes. Most of those stories have their roots in science fiction.

ASM: So, Jack, where on the planet (or off the planet) are you from originally? Where are you now, and where would you like to be? 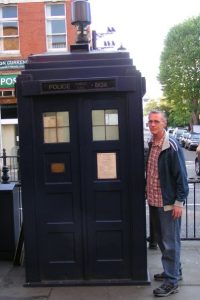 TJ: I am originally from a little Podunk town in the middle of nowhere in the rural Southern U.S. I was born at Fort Jackson (no kidding), South Carolina. My dad was doing ROTC recruiting work for the Air Force at the University of South Carolina. After he was assigned another duty, we moved to Spivey’s Corners, North Carolina (look it up on YouTube – it’s the home of the international hollering contest) where my parents grew up.

I’ve lived in quite a few different places in my time, what with my dad being in the military. Currently, I reside in Fargo, North Dakota, where the bumper stickers read “Fargo – it’s cold but it’s flat.” It’s no wonder I started writing. I actually include some local places and people in Von Dred.

I like writing about real places in a fictional story. I think it makes it seem more tangible. I’ve had several readers of my books say they felt as if they were right there in London, etc. and could picture everything I described. I honestly would love to live in London after I retire. I go there twice a year and I have many friends in the UK. It has been one of my biggest inspirations to date for my writing.

ASM: Do you have a favorite convention?

TJ: I love the MCM Expo. It is such a diverse convention. No matter what you’re a fan of, you can probably find it there. I’ve been to the London three times now and I will be going back in May and October of this year. The Excel Centre in London is enormous; there are vendors there from anime, comics, video games, movies, television…you name it. And the costumes are not to be believed! I go in my USCM shirt and camo trousers, but some of the folks really get into it. There are usually a couple of well-known personalities there. So far I’ve seen Danny DeVito, Elvira, and Bill Paxton from “Aliens”.

ASM: Have a marvelous time in London, Jack. I’m envious–it’s one of my favorite cities, too.

I’d like to thank you for sharing your time so generously with us, Jack. Now that we’ve gotten to know a little bit more about you, where else can we find you on the Web? 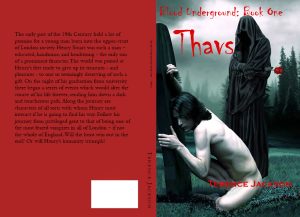 TJ: I have recently started a blog, which can be found at:
http://terencejacksonauthor.blogspot.com/

You can also find me at Good Reads. And I have a Twitter account, but I don’t get on there too much.

My books are all available in both print and Kindle editions on Amazon.com, Amazon UK, and several of the other European Amazon sites. You’ll find more information and links to my books at my author’s page on Amazon and Amazon UK.

Dear Amazing Readers, thank you for being with us. I hope you’ve enjoyed tonight’s interview. Please come back next week for another featured blogger in the Amazing Stories Blog Horde Series.

We’ll keep the light on for you!

FRAN FRIEL is a two-time Bram Stoker Award Finalist and winner of the Black Quill Award.  She enjoys life with her husband and her dog by the beach on the Central Coast of California, where she also serves as staff for Alice the cat.  You can follow Fran’s latest antics here at Facebook or at Twitter, and Fran Friel’s Yada Feast.

The Galapagos Incident Chapter 14   Elfrida knew that in order to have a hope of extricating Yumiko from the gibbet, she needed a better understanding of how she’d gotten there in the first place. Yonezawa refused to answer her questions; he just sang hymns. Ushijima sagged in his cage, LED light reflecting off the […]

A survey of Doctor Who websites – official and fan.