Welcome internet traveler. I will be stockpiling neatly organized bits into a collective known as a blog along this portion of your journey. Do not fear for your personal safety, as I will take great care to observe the rules of hospitality during your visit.  As I am a certifiable Tech Geek, I will spend a portion of my efforts exploring the connection between science and technology and science fiction, fantasy, and horror literature.  Please observe all safety regulations as the bits in my collection coalesce.

I visit a friend of mine who is a working magician. That’s right a magician. Not in a Harry Dresden kind of way, but in a Houdini-light kind of way. He makes living animals and people disappear and reappear right in front of my eyes. He shreds hundred dollar bills and pieces them back together. He floats off the ground.

My skepticism tells me to look behind the curtain. It demands that I find the cause for such a miraculous feat. If I look close enough, I can spot the pigeon hidden inside his jacket. I breathe a sigh of relief, feeling comforted by the warm embrace of explanation. I’m happy that my friend is not really a magician but just good with his hands. 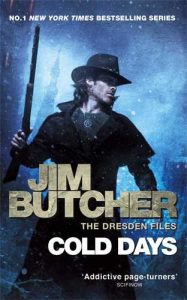 This makes me think of my psychology and human nature. I hate not knowing how things work. I hate not getting an explanation. I am comforted by the scientific method. If I take my friend with me to lunch and spontaneously ask him to pull a rabbit out of his soup bowl, he can’t deliver. Since I have explained to myself how he pulled the pigeon out of thin air, I would suppose a similar explanation could be made for pulling a white bunny from his tortilla soup. When he explains that he can only produce the trick under the proper, tightly controlled, conditions, I scoff and reduce his stature in my mind to its proper place. The trick, though explainable in my mind, is not so tricky when he can’t produce it at will.

My mind drifts to a scientific research lab. The board of directors sits comfortably on their leather chairs as highly paid nerds demonstrate their latest discovery. Bam, the scientists pull the proverbial rabbit from behind their pocket protectors. The scrutinizing audience lets out a collective, “ooh,” followed by the matching, “ah.” They applaud and ask how many zeros it will take to purchase this stunning discovery. The scientists wring their hands as a trunk full of money gets pushed across the floor towards them.

Armed with new technology the directors take the science with them. They have all the explanations, all the design files, all the formulas, and all the equipment to recreate this feat. They proudly solicit an audience of expanding size. They flip the switch on their paid for science and it doesn’t work. They toggle the switch again and again until it sort of works. They then return to the instructions and look for the fine print. Carefully scrawled across the bottom in a miniature font is the disclaimer, “Only works in the scientific laboratory.”

After receiving an angry call, the scientists explain that the conditions for this to work have to be just right. The dynamics of the uncontrolled environment outside of their lab prohibit the device from working all the time. Granted that if once every dozen years the conditions in the world exactly match those in the lab, the device will work. I think back to my friend and wonder how he differs from these scientists.

In my stubborn need for resolution, I go seeking “true” scientists to find my salvation, hoping I will not be forsaken. My knees begin to shake as I consider the Uncertainty Principle. You see, scientists with their enlightened minds have created a principle whereby they quantify their lack of knowledge; their uncertainty. Simply put the Uncertainty Principle states that if I know where a particle is that I have no idea how fast it is moving. By its own admission, the principle shows me that science can be certain about some things, but not all things at once. Of this they are very certain. But if we cannot be certain about all things at once, how can we be certain of anything at all?

I decide I must be looking at it the wrong way and begin thumbing through my scientific index until I arrive at the Observer Effect. Surely it will correct my path. The effect states that watching an event changes the outcome of that event. In science, they use equipment (or props) to measure the activity of these “invisible” particles. The Observer Effect is saying that this equipment changes the behavior of the particles and possibly their nature. Think of someone sticking a video camera in your face and telling you to act natural. Not happening no matter how hard you try. If we can’t reliably observe the world to determine how it operates, then how does the Scientific Method hold up? Is empirical data reliable?

I observed the pigeon disappear multiple times, but I can’t trust my eyes. I know how it disappeared. I can explain it. I can’t recreate it, but I can explain it. Searching for more explanations, I discover a picture of Albert Einstein looking down on me from above. Surely he will save me. I consider his EPR Paradox. Wait, a paradox? (Paradox = a statement or proposition that seems self-contradictory or absurd but in reality expresses a possible truth.) The paradox states that quantum mechanics doesn’t work unless one could assume “hidden variables”. Was the pigeon in my friends trick a hidden variable? Are Einstein and friends pointing out a magical invisible force? Surely not.

Many of the smartest people of the last century disagreed with Einstein, but then again they disagree with each other. Each one interprets the empirical evidence and theoretical models in a different way. Notions like “local realism” creep into the world. You mean reality is not the same everywhere? As I look closer at the swirl of conflicting science, I reach into the vat and pull out the Many-Worlds Interpretation. Many-Worlds insists that there are infinite universes where every future and every history exists. Hold on. Are these comic book writers or scientists?

Faithfully I cling to my old rugged textbook, trusting in science. I look up into the night sky and feel comforted by the stars and all that black space stretching between them. My mind turns to Dark Matter and Dark Energy that mysterious stuff that makes up over 80% of the mass in the universe and 75% of its energy. Undetectable and immeasurable it drives the universe to expand. Scientists know it is there because they can see its influences just like I watched my friend float above the table. In my explanation I assumed wires and gadgets, while in their wisdom they made up a magical force. If it were me, I might have named it something more Lovecraftian like Quag the almighty, but I suppose dark energy will do.

Has that become the nature of science? When the most hallowed scientists come across something that defies explanation, detection, or measurement, do they simply make something up? Gravity seems simple, but they can’t even agree on that. Theory upon theory stacks up in the queue, waiting to be heard or falsified. Hey if you can’t prove me wrong, then I must be right? One physicist claims there are 4 dimensions in spacetime (x,y,z,t), while others insist on 26 dimensions or 10 dimensions or 12 dimensions. Did you know there is even a Krull Dimension? Now I know I’ve seen that movie.

All this makes me wonder if scientists really know anything. I’m not smart enough to falsify their theories and theorems and interpretations so they must be correct. Besides my science teacher told me it was all true. They tell me the universe was created 13 billion years ago, I believe them. Wait, yes there was the Age Crisis? So some stars are older than the universe, so what. I have faith. In Big Bang I trust.

You see scientists keep a list of things they just can’t explain while diligently working towards finding the solution. They can’t help themselves. It’s in their nature. In 2009, scientists accidently discovered a noise coming from the universe. This sound was six times louder than anything they predicted, and it still remains unexplained. In the grand style of Einstein and Hubble, they named this mysterious noise the “space roar”. In the spirit of science I, here and now, declare its source to be Quag the almighty. As I wait for my Nobel Prize you can try and prove me wrong. Is science really science or simply wild guesses backed by mathematical sweat? In local reality what is the difference between science and magic?

Referencing Ian Banks, this article seems to invoke The Terminal Man more than anything else

Anime never sleeps, so get ready to ring in the new year with yet another batch of new shows.