For a number of years I wrote The Crotchety Old Fan blog.  One of my favorite posts to write was finding new and interesting ways to bring the older works to the attention of new fans.  I’m a strong believer in the value of history.  It has often been said that science fiction is a genre “in dialogue with itself”, a statement that covers a wide range of verities – the close relationship between fans and authors, the often contentious exchange of critique – but in this context it specifically invokes the idea that the field’s literature does not consist of independent, singleton works but rather an ever evolving corpus of ideas, viewpoints and tropes.

If this were not true and evident, we would not have works like Charlie Stross’ Saturn’s Children that takes Heinleinian tropes to task, or Wolf & Myers Space Vulture that inverts hoary old space opera in a comedic fashion, nor even Larry Doyle’s Go Mutants! that touches on every single Grade B SF & horror film from the 50s, incorporating scenes and characters directly into the plot.  To write those kinds of novels requires an intimate knowledge of our history.  You need to know what makes these things tick in order to re-arrange and/or poke fun at them in an intelligent way.

Readers unfamiliar with the genre’s rich history miss at least one entire level of communication.  It’s really like reading half the book – or watching the Flintstones as a child and wondering why the adults are laughing so hard at a bit of nonsensical dialogue.  Authors unfamiliar with our history run the risk of rehashing old tropes without even realizing it.  The book they thought of as being the greatest, most innovative thing since sliced bread turns out to be uninspired rehash.(Did you know that sliced bread first appeared on the scene in 1928?.  Bet you didn’t.  Neither did I until I looked it up.  See?  History.  You can’t use it if you don’t know it.)

There are, fortunately, ways for someone who is interested to get a running start while playing catchup and one such place is the Internet Archive (Gutenberg too, not to mention ABE).  One great aspect of our history is that a lot of it has been preserved and remains accessible.  Another advantageous aspect is that it is limited in scope.  It does remain possible to read every single Hugo and Nebula award-winning title, watch every lauded film and most television shows;  it’s even possible to go through many of the early magazines and fanzines, view images and video of conventions.  And a lot of it is available at little or no cost.

The Internet Archive is one of those sites that’s just chock-a-block full of all manner of hidden gems (hidden amongst heaps of dross mind you). Among those gems are many early examples of science fiction films, television shows, interviews, convention coverage – even old television commercials.  Fortunately for you all there’s no need to wade through all the dross as I’ve done the homework for you.

Captain Video was a live show (you can sometimes find clips of actors flubbing their lines or knocking over props) and it is often painful to watch (it was a “kids show” after all) but it did set the stage for much more to come – Space Patrol, Tom Corbett Space Cadet, Rocky Jones, Rod Brown, Captain Midnight, Captain Z-ro, Buck Rogers, Flash Gordon and even, in no small way, Star Trek.

The other early form of science fiction fare for television is found in the anthology shows – Tales of Tomorrow and Out There, soon to be followed by Science Fiction Theater and the more familiar Twilight Zone and The Outer Limits.

You’ll not find episodes or clips from all of these show in the Archives as the Archive tries to be scrupulous in its vetting of works that are in the public domain, but you will find numerous hours of interesting and fun historical stuff there.

Flash Gordon Conquers the Universe, Episode 1 (The remaining episodes can be found here.) 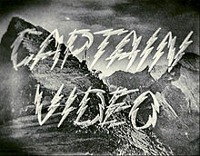 Captain Video and his Video Rangers (1949) 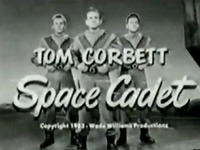 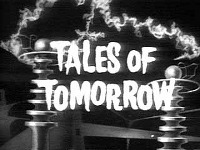 Ice From Space     The Fury of the Cocoon     Time to Go
A Child is Crying The Crystal Egg     Flight Overdue
Blunder     Frankenstein     Past Tense     The Dune Roller
The Miraculous Serum     What You Need
All the Time in the World     The Little Black Bag (yes – THAT story.  Go read it first, then watch this presentation.)
The Lost Planet 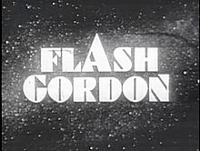 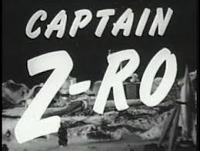 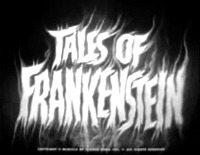 Tales of Frankenstein (1958 pilots for an unaired show)

The Face in the Tombstone
Jack the Ripper 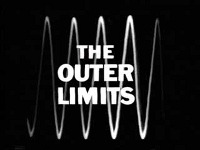 The Galaxy Being  (numerous other season 1 episodes can be found on the Archive, though I’m not sure if they should be there)