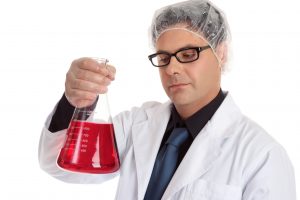 Older male (check), glasses (check), white lab coat (check).  A scientist!  Even without the funny hat or breaker full of red liquid, everyone recognizes the stereotype.

Stereotypes can be based on a nugget of truth and can be useful in situations when there isn’t much time to figure out what’s happening, but they can also be misleading, unnecessary, or even offensive.  Moreover, it’s lazy or out of desperation when a writer reaches for a stereotype, and to be avoided when possible.  It’s just not interesting!  Interest is only engaged when the character goes against stereotype, otherwise the character is merely meeting expectations.

So why do we see so many stereotypical scientists on TV and in movies, and on rarer occasions in books?  I already answered this above: laziness or desperation.  It’s too much work to draw more than a one-dimensional character, or the fact that this character is a scientist must be immediately recognized in order to fill a small role in the plot.  Occasionally stereotypes work well in comedy so they quickly set up the joke without distracting from it, but with the exception of the Big Bang Theory on TV, there doesn’t seem to be a lot of interest in mixing science and comedy.  (Check out Brian Malow as a wonderful counterexample, however.)

Where the stereotypes about scientists are valid is that in many fields like physics, there are more men than women.  Scientists who work in labs often do wear lab coats.  Many do indeed wear glasses, if they’re only safety glasses in the lab.  Many do put substance over style and do not prioritize their clothing or hairstyles to be fashionable.

But I’ll tell you, it’s really annoying when you see a scene with an astronomer at an observatory wearing a lab coat, because we don’t do that.

It’s a lot more interesting, as a general rule, to breathe life into scientists and make them unique, just as it is for any character.  This also reflects reality.  There’s a really great website called “This is what a scientist looks like.”  It’s pictures of real scientists.  They’re real people and quite varied.  Young and old, male and female, glasses and no glasses, with few lab coats in sight.  As a contrast, do a google image search for “scientist.”  See the difference?

One of my favorite science fiction novels, to a great degree for its depiction of scientists as real people, is Gregory Benford’s Timescape.  Check it out.

Any other suggestions for science fiction with interesting scientist characters that go beyond the stereotypes? 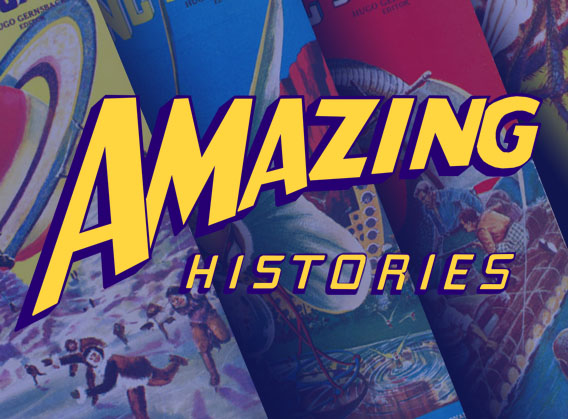